Phase two of Modernizing the Chicago Building Code is in full force. We previously shared information on the new Chicago Administrative Provisions that was implemented on July 1st. The next step in the process includes publishing the new Chicago Building Code. The new CBC will publish in October 2019. It’s key to note that each Code will be published separately. Until the codes are published, we are referencing the ordinance that passed in April 2019. To follow along, you can download the ordinance here.

Chapter 2, definitions and measurements, of the building code is worth diving into as this chapter will include significant changes that will be an adjustment to Chicago based users. These changes will better align with the International Building Code (IBC) and will help avoid discrepancies. Some definitions will be cross-referenced between codes instead of being repeated in each code. The general rules on definitions begin on pg.163 and will explain how they’ll be applied as well as where to find guidance on what the terms mean.

In 202. Definitions start on pg.163 where one can find some of these notable changes:

Deck vs. Exterior Balcony vs. Porch:

Chicago Specific Definitions to note important differences in each Building Element. This helps us better interpret the code per each scenario

Will be most helpful if done in order

In 203. Measurements begin on pg.187 where one can find building height, building area and other key measurement features and updates.

Will be different from what the previous building code listed.

6 Exceptions that apply to Building Heights

Flat Roof:
The current building code measures to the highest point, the New Code will measure to the midpoint of the roof

Pitched roof:
The current building code measures to the highest point, the New Code will measure to the midpoint of the roof and exclude dormer if it meets exception 5 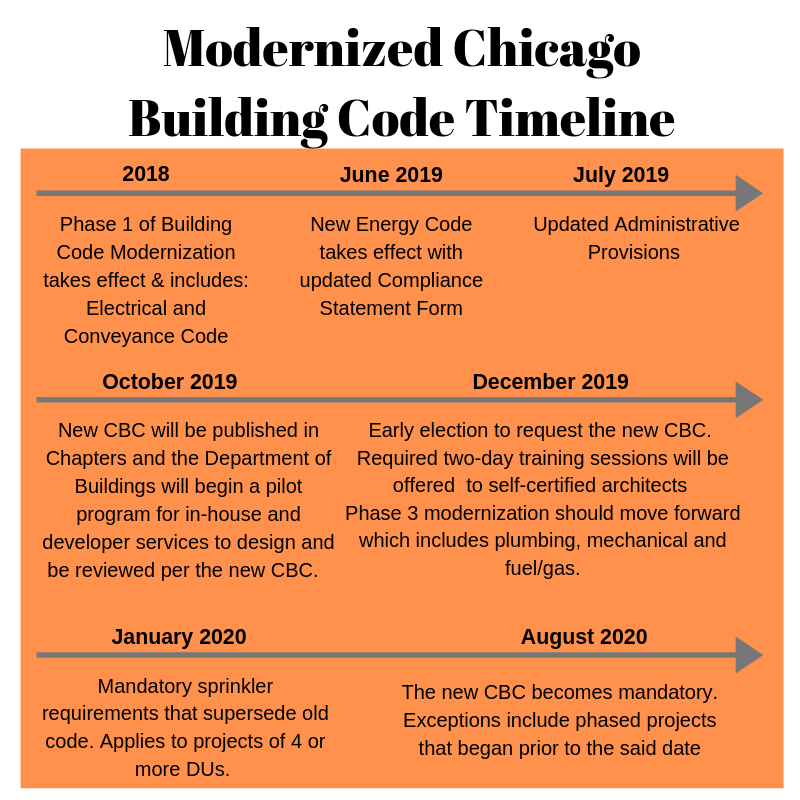 Follow us as we discuss the revisions, additions, and deductions to the new CBC. Interested in learning more? Reach out to our team.