The City of Chicago’s own successful architecture biennial is the largest of its kind in the North America and is one of a host of international architecture events occurring around the world. Now in its 16th year, la Biennale di Venezia’s architecture exhibition is currently running from May 24th, 2018 through November 25th, 2018. 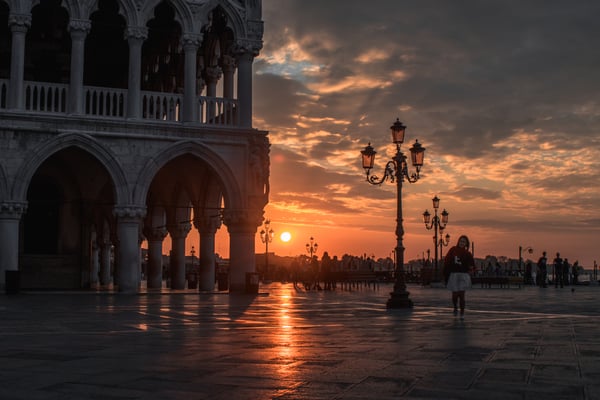 Hosting international participants in pavilions and events throughout the exhibition, the Venice Biennale Architettura unites 71 different perspectives around the event’s theme of “freespace” - a “generosity of spirit and a sense of humanity at the core of architecture’s agenda.”

History of the Biennale

The architecture exhibition is part of the larger Biennale. Running since 1895, the Biennale features six components: art, architecture, cinema, dance, music, and theater. The first exhibition in 1895 was known as the “Esposizione biennale artistica nazionale” (Biennial Exhibition of Italian Art) featured Italian artists, but also established an international component of the exhibition as well as allowing for participants to be admitted by jury selection.

The Biennale Architettura debuted in 1975 with the first exhibition, A proposito del Mulino Stucky, curated by Vittorio Gregotti. First a subset of the Visual Arts exhibition, the success of the program inspired organizers to create a separate Architecture department focusing on curating programming on the built environment. Since that date, other exhibitions have examined the role of cities, architecture beyond buildings, technology in architecture, and more.

The 2018 “Freespace” theme both celebrates and challenges the spaces created by the built environment through pavilions curated by international participants, collateral events throughout Venice, and student-focused opportunities. Yvonne Farrell and Shelley McNamara, the curatorial directors of the 2018 event, designed the core exhibition: a collection of works by more than 90 architects, historians, design studios, in multiple mediums focusing on “unexpected generosity.”

The main exhibit occupies galleries, a garden complex, and a 1,000 long former rope factory known as the Corderie and includes a myriad of installations: a projection of outside views inside the factory (Rozana Montiel Estudio de Arquitectura), explorations of spontaneous use of street space in Huangzhou (Wang Shu and Lu Wenyu), and subtle “architectural interventions” such as the installation of marble steps on former shipping docks by the curators.

“House Tour”, “Dimensions of Citizenship” and other National Pavilions

As the 2018 Golden Lion award recipient for Best National Participation, Switzerland’s “House Tour” explored the banality of rental designs. The majority of residents in Switzerland are renters, and the installation warps the ubiquitous white walls, laminate floors, and generic light switches in a series of unfurnished rooms. Visitors walk through rooms with continually changing scale and “the surface [decoration] becomes the exhibition by itself and and asks what kind of architecture [we are] surrounded by all the time”, according to Alessandro Bosshard, one of the pavilion’s curators.

The official US representation at the Biennale, “Dimensions of Citizenship”, explores “seven spacial states: Citizen, Civitas, Region, Nation, Globe, Network, and Cosmos” in an analysis of citizenship at scale.

Commissioned by the School of the Art Institute of Chicago and the University of Chicago and curated by four individuals, the pavilion hosts “Thrival Geographies” by Amanda Williams, Andres L. Hernandez, and Shani Crowe, a recreated Memphis riverside landing by Studio Gang, the “Nation” scale exhibit by Estudio Teddy Cruz and Fonna Forman that explores the artificiality of the U.S.-Mexico border.

“Cosmorama” by Design Earth takes the most distant view and examines the potential of space being divided by “nation-states and big business” as well as “who does or doesn’t have access to electrical power in the spots around the world”, and every portion of the pavillion engages with citizenship.

Egypt’s “Robabecciah” is in dialogue with the traditional souk - usually confined to streets or historic areas - versus the trading of “roba becciah” (used goods) that occurs spontaneously. The pavilion comments on both the function of these spontaneous trading spaces within the greater city as well as the role of the urban market in the concept of “free space”.

Though Extensive, “Freespace” is Human-Scaled

The Biennale’s 63 national pavilions and events throughout the city of Venice are on display until November 25th, and the “Freespace” theme takes on a modest, positive, and subtle look at how “human connections, textures, history, and free, open spaces for improvisation” … “make a big impact in everyday life.”

Oriented for both casual visitors and the design community, the event is “down-to-earth and open” as well as “optimistic”, providing glimpses of projects both large and small from design firms and individuals throughout the world.