Recently, San Francisco’s sinking Millennium Tower has received a fair amount of press. The luxury skyscraper has sunk about 16 inches and is also starting to tilt. Fortunately, problems of this magnitude are rare, but Millennium Tower isn’t the first troubled skyscraper to appear in the news during the last few decades. We thought it would be interesting to recall some other examples of problematic towers from across in the United States. 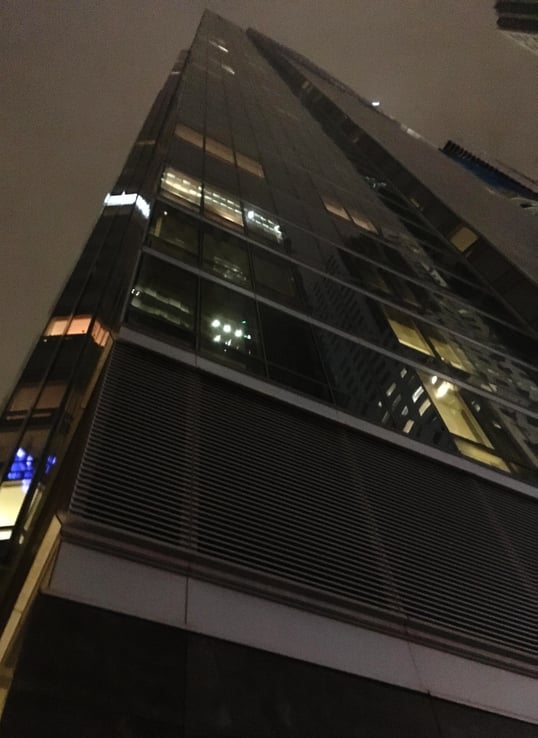 Millennium Tower is a 58-story mixed-use, luxury high-rise located in downtown San Francisco. The skyscraper is one of the city’s tallest buildings and officially opened in 2009. According to a recent New York Times article, Millenium Tower has already sunk approximately 16 inches and is also tilted towards a neighboring building. The highrise is already lower than the 4 to 6 inches its engineers expected it to sink over its lifetime. In fact, the building may continue to sink and lean even further

The building’s problems are raising questions about the construction of its foundation system. The Millennium Tower is located in a part of San Francisco with poor soil conditions because the area was created by filling in part of the bay with dredged soil and rubble. Some critics are pointing to the fact that the tower’s foundation rests on friction piles which only reach the compacted dense mud beneath the landfilled area. Typically, new high-rise buildings use end bearing piles which are built deep into the earth and are supported by hard soils, or when available, bedrock. Friction piles or mat foundations are used to better distribute and provide for a greater load-bearing capacity if bedrock or hard soils are unavailable. While friction piles have historically been used in many San Francisco buildings, none of these buildings are as heavy as Millennium Tower.

According to the New York Times, San Francisco did not have a code requirement mandating an independent review of a skyscraper’s foundation and soil conditions at the time Millennium Tower was constructed. Millennium Tower’s developer believes the skyscraper’s problems are caused by the nearby excavation for a new transit hub. Whatever the reason, residents are concerned that if the building continues to sink and tilt, it will become uninhabitable. Also, the skyscraper’s location in an earthquake-prone city amplifies concerns about the skyscraper’s condition.

The Harmon Hotel in Las Vegas was a 49-story, mixed-use hotel and condominium tower designed by the renowned architect Norman Foster as a centerpiece attraction of the CityCenter development. Construction on the oval shaped building began in 2006. It was discovered during construction that the building’s reinforced steel was improperly installed on many of the lower floors, compromising the building’s structural integrity. To avoid the complex’s potential collapse, the project was stopped when only half the floors were completed. MGM Mirage, the building’s developer, ultimately decided to demolish the entire structure. Due to the proximity of other buildings, the Harmon Hotel had to be deconstructed floor by floor which was completed in 2015.

The former AMOCO building, now the Aon Center located near Chicago’s lakefront, is an 80-story skyscraper completed in 1974. By the late 1980’s, it became clear that the building’s Italian Carrara marble facade was failing because the marble panels were too thin for Chicago’s weather. The changing weather had compromised the panels which were bowing and cracking. Some panels actually came off the building. The AMOCO building’s entire marble facade had to be replaced with granite, and the cost of this undertaking was more than half the original cost of the skyscraper.

In 1981, the collapse of the suspended walkways at Kansas City’s Hyatt Regency Hotel resulted in the worst structural failure in U.S.history. In addition to hundreds of injuries, 114 people died from the collapse. The design of hanger rod walkway connections was changed from a one to two-rod system to make assembly simpler but weakening the system. It is unclear whether the engineering firm or fabricator was responsible for the change. Even the original design of the walkways was not sufficient to hold the load and didn’t meet the municipal building code requirements. It should be noted that before the walkway collapse, part of the hotel’s atrium roof fell while the hotel was under construction. This collapse was due to failed roof connections.

New York’s 601 Lexington, formerly the Citicorp Center, is a 59-story office tower built in 1977. In order to accommodate a church location remaining on the corner of the Citicorp Center’s block, the skyscraper was built over the church’s airspace and rests on four nine-story columns located at the center of each building elevation. The novel design made the building less stable. Citicorp Center required a braced chevron structural design and a 400-ton tuned mass damper at the top to reduce the tower from swaying.

However, an engineering student realized that the building could be blown over if strong winds would hit the corner of the building and shared her concern with the Citicorp Center’s chief structural engineer. It also became evident that if a power outage occurred and the tuned mass damper stopped functioning, the building would be even more likely to collapse during a storm. Citicorp and the structural engineering team secretly coordinated emergency repairs to stabilize the building. The history of the repairs was only revealed almost two decades later.

Although there are different reasons for the problems these towers faced, they confirm the need for maintaining updated permitting requirements and code compliance. In fact, important lessons have been learned from some of the failings of earlier buildings and resulted in strengthened codes.

Since we published this post, the City of San Francisco filed a lawsuit against Millennium Tower's developer for failure to inform the buyers of the building’s 400 plus condominium units how quickly the structure is sinking. This is just one of what is projected to be many lawsuits relating to the skyscraper’s problems.