The Chicago Architecture Biennial (CAB) completed its second run this weekend after over three months of programming and exhibitions. The 2017 event brought together 140 international participants who contributed models, photography, films, and installations engaging with the role and relevance of history in the future of architecture.

As the event closes, we’re taking a look back at some of the CAB’s events and discussions around “making new history” at the Chicago Cultural Center and the CAB’s six Community Anchor sites in neighborhoods throughout Chicago - and sharing some of our own photos below.

The Vertical City - Collective. All images via Michelle DiFranco.

Fifteen firms were invited to design new skyscrapers that echoed the history of the original challenge and its influence on architecture, including Tigerman’s publication, and to explore and examine the unbuilt Tribune Tower designs.

The models utilized stylistic pastiche, explored the process of recreating designs without thorough plans, and expanded the competition’s original goals to include new building technologies, adaptive reuse, and

Adjacent to The Vertical City, Charles Waldheim, the Harvard GSD Office for Urbanization, and Siena Scarff Design’s Heliomorphic Chicago paired buildings that formed two alternative visions for Chicago - prioritizing solar access and ecological performance. The pairings of iconic buildings are optimized for either social equity or sustainable energy and posit an alternative Chicago with equitable access to solar energy.

The CAB’s other collective exhibition, the Horizontal City, explores the status of the interior through referencing a photograph of a canonical interior. Twenty-four architects contributed a vision, with each design’s description including the referenced photograph. The display itself, composed of plinths, reflected the footprint of Mies van der Rohe’s IIT Campus plan.

This year’s event integrated fully into the Cultural Center’s architecture. Installations such as Atelier Bow-Wow (Tokyo, Japan)’s Piranesi Circus and Bless No. 60 Lobby Conquerors - Lobby Conquerors interacted with the building itself and the Biennial’s visitors.

Piranesi Circus, located in the inaccessible-to-the-public courtyard visible from all sides of the of the Cultural Center, simultaneously recalls G. B. Piranesi’s Carceri d’Invenzione (“Imaginary Prisons”) and aerial and acrobatic apparatuses. With no way to access the staircases, ladders, balconies, and swings climbing the courtyard’s walls, the installation remained in a void that was yet still governed by the established rules of the building.

The Cultural Center’s public lounges doubled as installations - BLESS’s fourth floor lounge challenged the boundaries between architecture and fashion with their “chairware,” and each piece of Artek seating was dressed in garments that created a feeling of interiors and exteriors even within the space. 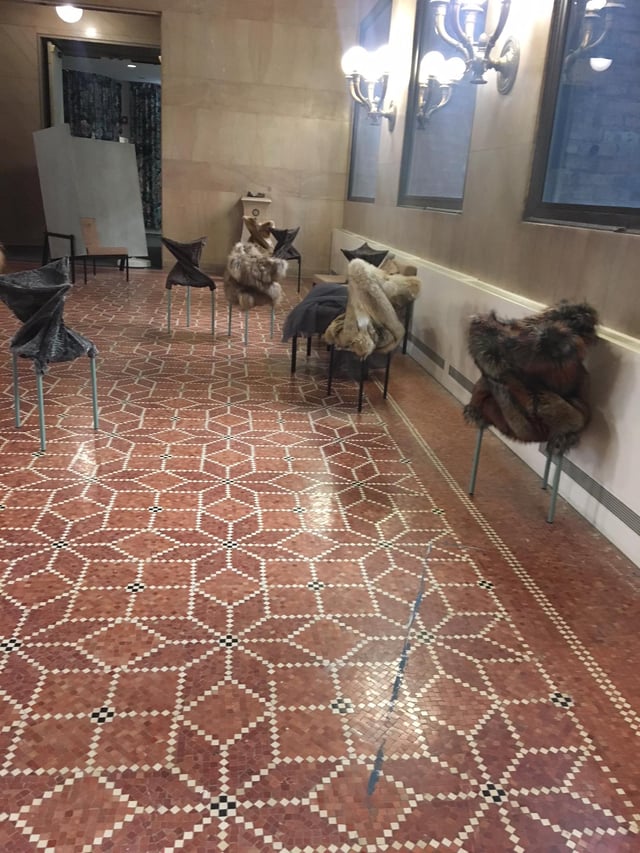 Other fashion-architecture hybrids included a performance by the Chicago Sinfonietta at the Garfield Park Conservatory, who played in wearable mesh structures that filtered the Conservatory’s air, and Studio Gang’s “Here Hear Chicago.”

Dellekamp Arquitecto’s “Wallderful” model near the Cultural Center's Washington Street lobby recreated the original Garfield Park installation - an open, inhabitable answer to the U.S.-Mexico border wall - as a playful pavillion meant to be a gathering place and platform, fostering an ongoing conversation around developing community relationships through openness and inclusion.

Each proposal reimagined three sites on the Chicago River that are currently underutilized or inaccessible, including the existing riverwalk at the Civic Opera Building, a portion of the Chicago River adjacent to the Congress Parkway where four major highways converge, and potential parkland near the St. Charles Airline Bridge on the South Branch in Chinatown.

After exploring all nine designs online and at Expo 72 during the Biennial, visitors were invited to attend gallery talks from participants such as SOM and to provide feedback to the City of Chicago, Metropolitan Planning Council, and the CAB prior to a panel hosted in January. Using the input from city residents, the City plans to create river edge design guidelines for future projects along the Chicago River.

Once the survey results are released, we’ll update this space with the designs most resonant with the City’s residents. 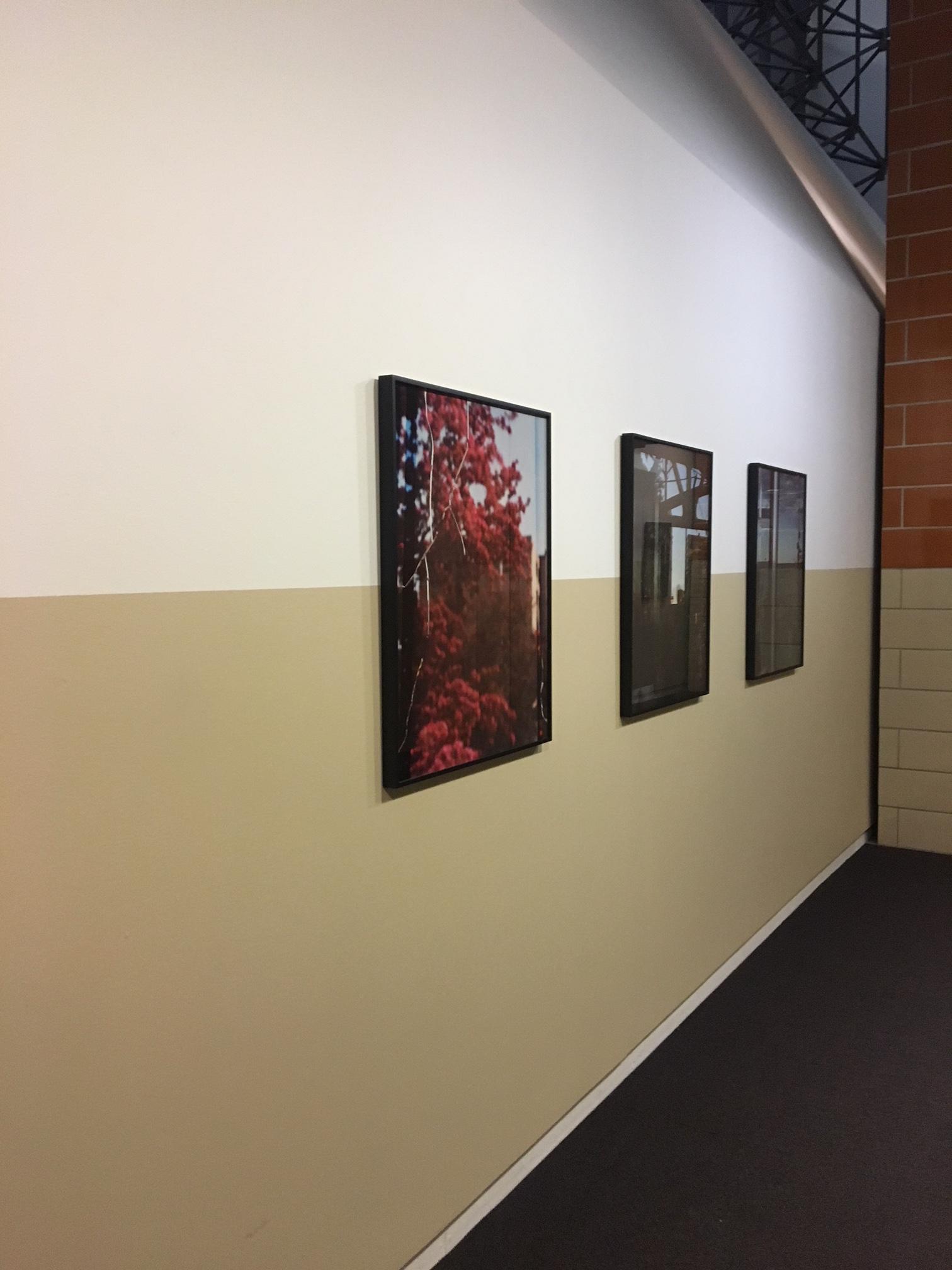 A Love of the World - Collective 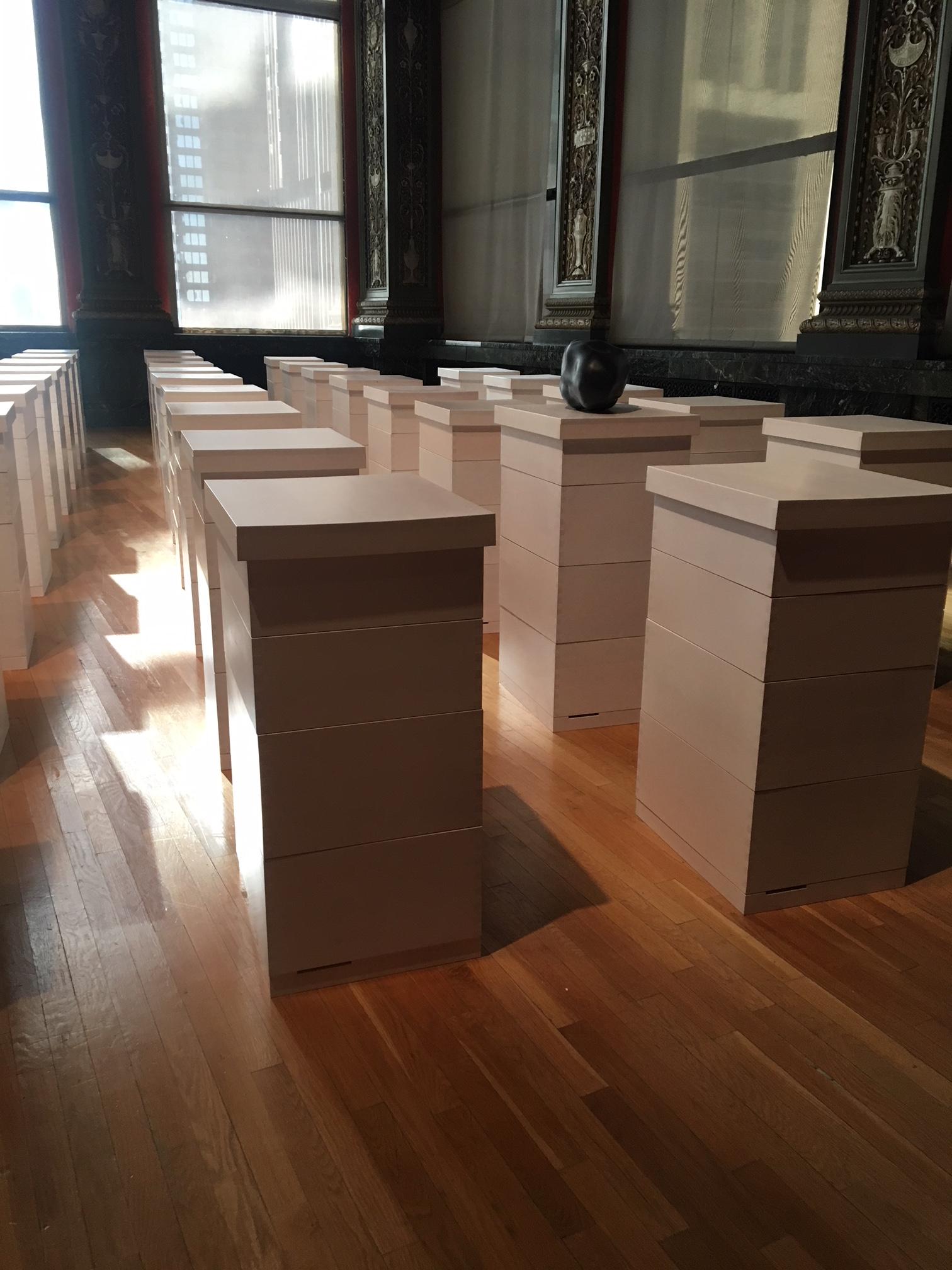 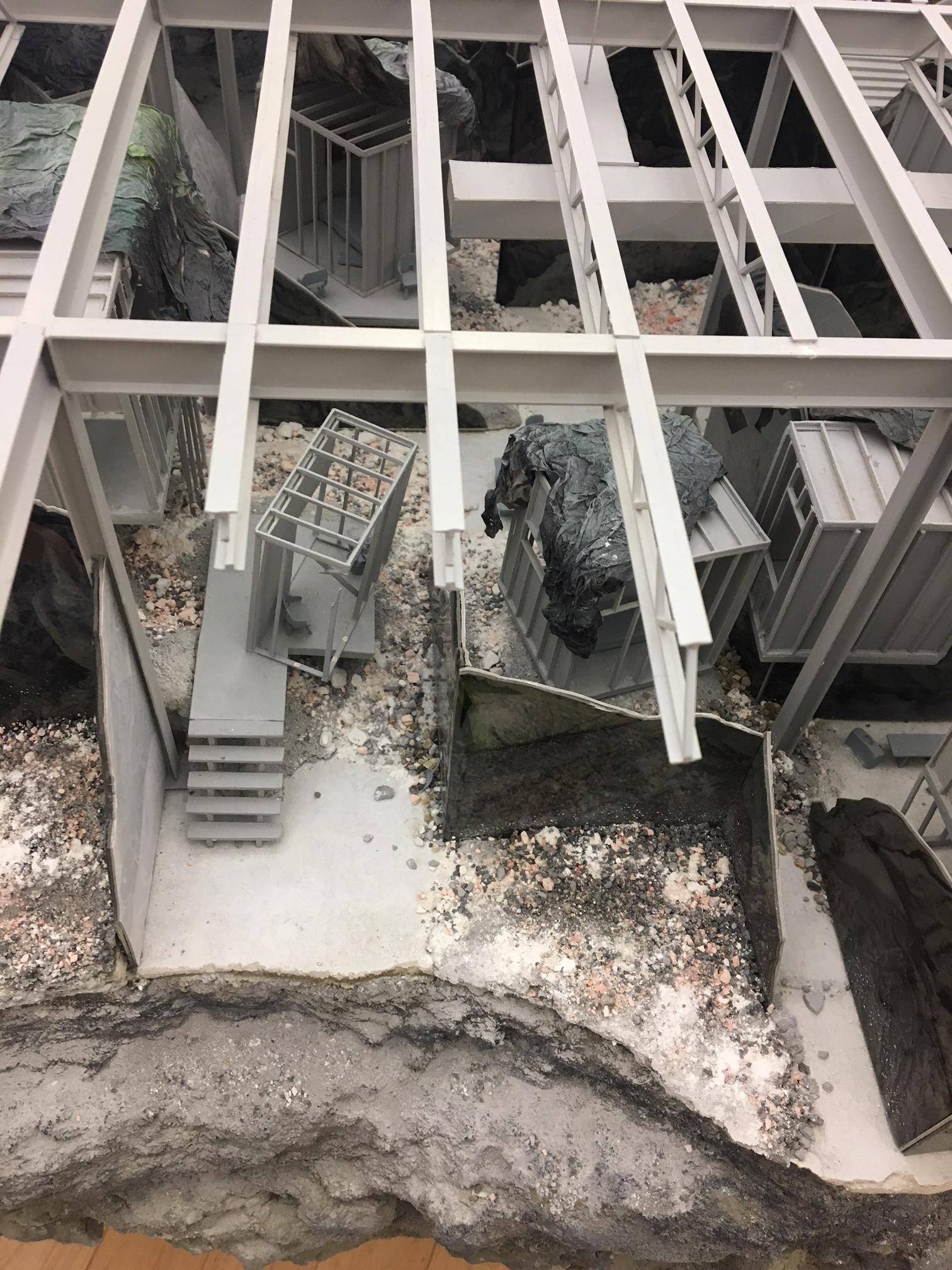 Johnson Marklee’s 2017 curatorial vision sought to link history with the present and future of architecture and its designs, materials, and cultural influences. Though the Biennial’s main performances and Cultural Center exhibitions have closed, the Community Anchor sites remain open - and at the DuSable Museum of African American History, Chicago: A Southern Exposure is installed until May 1st.

An exhibition of architectural photography by Lee Bey, the gallery highlights the “places and spaces of a region of the city of Chicago ignored by the architectural press, tourists and many Chicagoans themselves,” bringing the scope of the Biennial closer to home in the City of Chicago and providing the opportunity for in-depth engagement with the city’s own narratives.