A Closer Look at ComEd’s Microgrid in Bronzeville, Chicago 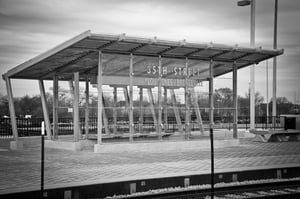 Commonwealth Edison Company (ComEd), Illinois’ largest utility, just received a $4 million award from the U.S. Department of Energy (DOE) for a portion of the work on the utility’s planned microgrid in Chicago’s Bronzeville neighborhood. The remainder of the funding for the microgrid that will include distributed solar awaits approval by the Illinois General Assembly. Given the current interest in microgrids as a way to support a more decentralized and resilient grid, we at Burnham thought we would take a closer look at ComEd’s plans for the Bronzeville microgrid.

ComEd chose the Bronzeville neighborhood for its microgrid pilot because the community includes the Illinois Institute of Technology (IIT) which has its own microgrid. Microgrids are a group of linked and jointly controlled loads that can either connect to the grid or operate as an island independently of the grid. A variety of distributed energy generation and storage technologies may be incorporated into a microgrid, in part, so the microgrid can support its users in the event of a utility outage. IIT’s well-developed 12-megawatt microgrid includes rooftop solar panels, wind turbines, and battery storage, as well as systems for moderating the power load of campus buildings.

The utility has also stated that Bronzeville is a good location for a microgrid because of the diverse types of facilities in the area, including those providing critical services such as the police department headquarters and healthcare facilities. These critical services would continue to operate during an outage if connected to a microgrid. Bronzeville, a largely African American neighborhood, was selected for the Chicago Neighborhoods Now program, an effort to invest public and private funds to revitalize Bronzeville and other areas.

ComEd’s recently received $4 million award will only pay for part of the planned work on the Bronzeville microgrid. Approval for the utility to fund the remainder of the microgrid buildout is still pending. ComEd introduced a bill (HB3328/SB1879) last year in the Illinois General Assembly, ComEd’s Future Energy Plan, that includes a proposal to build six microgrid pilot programs, including the Bronzeville microgrid. The legislation does not provide a projected cost for each microgrid. However, ComEd’s proposal includes a cost estimate of $250 million for all six microgrids but seeks permission to invest up to $300 million.

Bronzeville’s planned microgrid is a component of what the utility calls a Community of the Future, a neighborhood that integrates new technology to support, for example, energy efficiency and sustainability. As part of its effort to create a Community of the Future in Bronzeville, ComEd has already placed smart meters in the community to allow for two-way communication between the customer’s meter and the utility.

The recent ComEd award is funded by the Sustainable and Holistic Integration of Energy Storage and Solar (SHINES) program of the DOE Office of Energy Efficiency and Renewable Energy. The SHINES program is specifically focused on successfully integrating high concentrations of solar into the grid without the sudden fluctuations in bi-directional power created by intermittent solar generation. The solutions supported by the SHINES program must use solar, energy storage and smart inverters; must be capable of working with innovative technology such as smart appliances; and will connect to the grid.

The SHINES funded project in Bronzeville is officially named the Microgrid--Integrated Solar-Storage Technology (MISST) project. For this project, ComEd has committed to using high-power solar photovoltaics and energy storage which will connect to IIT’s microgrid via a tie point. Two feeders will also be added to connect the microgrid to the distribution network. Smart inverters being developed and tested for the Bronzeville microgrid will work together with the project’s solar and storage controller.

Although the microgrid will be connected to the grid, it will have the ability to operate in island mode with at least enough generation capacity to support critical loads. It is planned that solar modules will be installed on rooftops in the Bronzeville community. However, the specific locations for the solar and storage systems have yet to be identified. The MISST project being tested by ComEd will ultimately be scalable to support larger levels of distributed energy penetration in the future. According to ComEd, the work being done under the SHINES program will begin in 2016 and take three years.

Without the Illinois General Assembly approval of its investment in the microgrid pilots, ComEd will only be able to implement the first phase of the microgrid project with the DOE funding. ComEd describes it as a smaller demonstration project than the completed 10-megawatt Bronzeville microgrid they would ultimately like to build.

ComEd is Partnering with IIT and Others to Create the Microgrid

ComEd is partnering with a number of different entities on the Bronzeville microgrid. IIT is responsible for developing the smart inverter technology and the microgrid master controller. Argonne National Laboratory and the National Renewable Energy Laboratory will do a cost-benefit analysis of the MISST project, and Elevate Energy will be responsible for community engagement. Other participants include Quanta Technologies, University of Denver, Schneider Electric, and S&C Electric Company.

The Future of the Completed Bronzeville Microgrid is Uncertain

It is unclear when and if ComEd will receive approval of the legislation that includes the proposal to fund the six microgrids. Presently, the Illinois legislature is focused on a state budget impasse and multi-billion dollar budget deficit. Also, in addition to ComEd’s Future Energy Plan, there are two other important energy-related bills sitting in the Illinois legislature. One of the bills is a proposal (HB3293/SB1585) by ComEd’s parent company, Exelon, to raise rates in order to increase revenue at its nuclear plants. The other bill, the Clean Jobs Bill (HB2607/SB1485), is supported by a coalition of environmentalists, consumer groups, and industry stakeholders. The Clean Jobs Bill is designed to increase Illinois’ renewable energy and energy efficiency goals while creating new jobs. It is difficult to predict how the different proposals in the three energy bills will be sorted out.