A Progressive Approach to Solar in New York: The Solar Ombudsmen Part 1 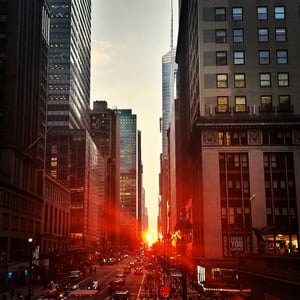 What accounts for New York City’s and New York State’s major growth in solar capacity? The leadership role of the City University of New York’s (CUNY) Solar Ombudsmen has been critical to the expansion of solar adoption at the city and state level. The streamlining of the solar approval process, as well as reduction in other solar soft-costs, has been part of Sustainable CUNY’s major achievements. As jurisdictions across the country are striving to expedite solar permitting and remove other barriers to photovoltaic installation, the approach taken in New York serves as an important model. Part I of A Progressive Approach to Solar in New York: The Solar Ombudsmen will focus on the Solar Ombudsmen’s change methodology and efforts in New York City.

CUNY’s Solar Ombudsmen act as objective third parties by helping stakeholders collaborate  and keeping them focused on a project’s goals. In addition, as government administrations and stakeholder personnel change, the Solar Ombudsmen remain in place and bring critical continuity to a project. They also build on relationships and processes established in earlier projects to resolve any new challenges that may arise.

The Solar Ombudsmen use a project based change management model that was created under the leadership of Tria Case, University Director of Sustainability for CUNY. The following are some important elements of the approach and examples of how they have been applied in New York City:

Pinpoint a Project with Benefits for a Variety of Stakeholders

More recently, the 2010 New York City Installer Interview Summary provided the results of a survey of New York City installers who were asked to discuss obstacles to solar installation in the city and possible solutions to these barriers. One of the major problems identified in the survey was the difficult approval process at the New York City Department of Buildings, and this resulted in an initiative to improve the way installers interface with the department.

In 2006, Sustainable CUNY created the NYC Solar Partnership with the Mayor’s Office and the New York City Economic Development Corporation. Many other stakeholders have been brought into the process including state agencies, the local utility, installers, other industry professionals, and non-profits.

The U.S. Department of Energy (DOE) grants have been a major source of funding for CUNY’s work on behalf of New York City, beginning with a grant in 2005 for the Million Solar Roofs Initiative and including several grants through DOE’s SunShot Initiative. Some other funding sources have been the City of New York, the New York State Energy and Research Development Authority (NYSERDA), New York Power Authority, Consolidated Edison, Inc., and CUNY.

Meet with Stakeholders to Work on Project Planning and Implementation

The Solar Ombudsmen’s work has resulted in the creation of critical tools supporting solar installation in New York and expediting the approval process.

The Sustainable CUNY solar team led the effort to build the NYC Solar Map, a groundbreaking online tool released in 2011 that calculates the potential for solar at any location in the city and a photovoltaic system’s financial benefits, including available incentives. The NYC Solar Map also shows current solar installations in the city and provides advice on the necessary steps for installing solar.

Crucial to the NYC Solar Map’s development was Sustainable CUNY’s ability to draw on their in-house technology experts, partner organizations and contractors to collect and analyze the mapping data, as well as build the interactive platform for the NYC Solar Map.

The checklist is organized by the four entities requiring submittals: Department of Buildings, Fire Department, Con Edison and NYSERDA. Helpful tips and listings of required signatures are also contained in the checklist. Most, if not all, of the required documentation may be submitted online.

To accompany the checklist, a complete guide for navigating the permitting part of the approval process, the NYC Solar Permitting Process Guide was created. The guide walks the installer through all the steps in the permitting process, including instructions for using the online tools for the permit application.