Arizona Public Service Company (APS), Arizona’s largest and oldest investor-owned electric utility, started the nation’s first utility-owned rooftop solar program. The utility, a subsidiary of Pinnacle West Capital Corporation, serves over a million customers in a state with a high concentration of distributed solar. We at Burnham will discuss two APS rooftop solar programs in this post, the Solar Partner Program and the Solar Innovation Study. 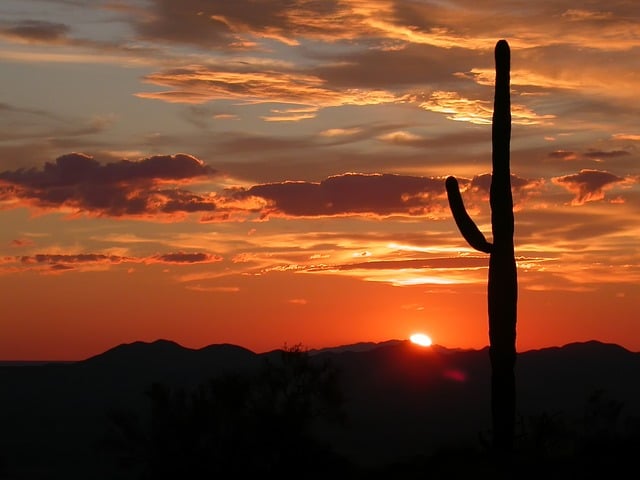 APS began studying the impact of high penetrations of distributed solar prior to its new programs. In 2010, APS used a grant from the U.S. Department of Energy to lead the High Penetration Photovoltaics Deployment Study. The research focused on one feeder in Flagstaff that had a large concentration of solar resulting from an earlier project, the APS Community Power Project - Flagstaff Pilot (Community Power Project). The Community Power Project included solar panels on 125 homes, a solar installation at an elementary school, and a large-scale solar array.

The High Penetration Photovoltaics Deployment Study was a multi-year project that used advanced technology, such as smart meters, to enable APS and its partners to study the effects of large amounts of solar on the grid. The research in Flagstaff serves as a foundation for the Solar Partner Program and Solar Innovation Study.

In recent years, APS has received a record number of applications to install rooftop solar. The utility decided to create new programs to help research and develop how to support high concentrations of distributed solar while maintaining the security and resiliency of the grid.

As an investor-owned utility, APS is regulated by the Arizona Corporation Commission (ACC). Arizona has a Renewable Energy Standard and Tariff (REST) that requires investor-owned utilities, including APS, to obtain 15% of their electricity from renewable sources by 2025. The APS-owned rooftop solar programs help APS meet its REST goals.

APS initially filed a proposal for a 20 megawatt (MW) Solar Partner Program with the ACC in 2014. APS ultimately reduced the program to 10 MW and decided not to seek cost-recovery for the program through a REST surcharge. However, APS left open the possibility of recovery in a future rate case. Although the ACC’s approval is not legally required if APS is not seeking cost-recovery, the ACC stated it had no objection to the Solar Partner Program in its December 23, 2014, Order.

APS owns the Solar Partner Program rooftop solar, making it easier for APS to conduct research and development. In 2015, APS began installing rooftop solar on the 1500 homes selected for the program. The program targets specific feeders with high concentrations of solar.

Customers do not incur any costs to participate in the APS Solar Partner Program. In exchange for the 20-year rooftop lease, APS gives customers a monthly $30 bill credit. The program is offered to customers on the selected feeders on a first-come, first-served basis so long as the homeowner’s roof qualifies for the program, e.g., is facing south or southwest, is free from shade and can hold at least 16 solar panels. APS has contracted with eight Arizona-based companies to install the rooftop solar systems.

The ACC in January 2016 approved APS’s integration of energy storage into the grid as part of the Solar Partner Program. APS now plans to add two MW of battery storage on two different feeders in front of the meter. The batteries will eventually work together with the Advanced Distribution Management System. This component of the study will help APS determine how to use storage to regulate energy quality problems caused by solar and allow customers to use stored renewable energy during peak load times. By October 2016, APS will file its first reports with the ACC that include a cost-benefit analysis of the residential energy storage.

For the APS Solar Innovation Study - 75, APS will own the equipment for five years at which time ownership will pass to the customer. The homes will be part of three groups with a different combination of technology for each group. All the homes will have solar panels, advanced inverters, and load controllers or another form of energy management. In addition, some of the groups will also include homes with energy storage and high-efficiency HVAC systems. Installers participating in the APS Solar Innovation Study - 125 will receive an award of $7,000 or $9,000 to go toward an installer designed mix of technology.

APS will be able to study how different technology may be used to support the needs of the grid, as well as potential rate structures. Installation of the technology for the Solar Innovation Study will begin in 2016, and APS will continue to collect data from the program in 2017.

The Solar Partner Program and Solar Innovation Study are at the cutting edge of research to determine how to integrate new technology into the grid. Included in this new technology, is APS’s use of the BurnhamEYE mobile application to check the installation of solar panels for compliance with code requirements and APS standards. We will discuss how APS is using the BurnhamEYE in an upcoming post.