On December 14, 2016, Chicago’s Mayor Emanuel introduced a proposed ordinance, 02016-8628, that is intended to strengthen the city’s ability to prevent building code violations. The amendments to the Chicago Municipal Code (Code) broaden the enforcement powers of the Building Commissioner (Commissioner), making it easier to take action against construction contractors and others who put building safety at risk. 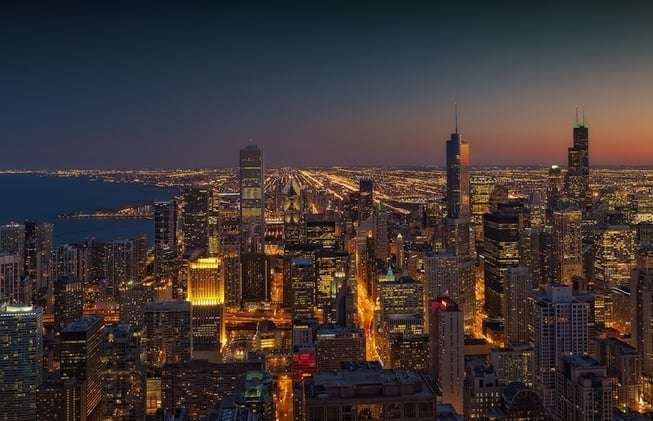 The need to improve enforcement of the Chicago Building Code provisions was highlighted by the death of Daniel Capuano, a Chicago firefighter, in December 14, 2015. The veteran firefighter fell down an empty elevator shaft during a warehouse fire. The building had numerous code violations, including a failure to obtain the required permit for removing the elevator as well as omitting the placement of a barrier to prevent entry the elevator shaft. In an earlier post, we wrote about legislation introduced at the state level in response to firefighter Capuano’s death.

The City has worked on improving the way it responds to code violations over the past year. We learned in discussions with Chicago Department of Buildings (DOB) that the goal of the proposed ordinance is to help the department be more effective and efficient in taking action against unscrupulous contractors, architects, and others so DOB’s remaining resources can be used to better service stakeholders who are compliant.

New language added to existing Code Section 2-22-040 clarifies that the Commissioner has the authority to “suspend or revoke” permits under several conditions: (1) if issued by mistake, (2) the work is not keeping with the Code, or (3) permit issuance was based on “false information” or the work undertaken is not in keeping with the “permit or approved plans.” The Commissioner may also create rules that implement the process of suspending or revoking permits. See § 2-22-040(2)(b)&(c).

Other additions to Code Section 2-22-240 specify that the Commissioner has regulatory control over professions that play a role in all phases of the construction and building permit process. As part of this authority, the Commissioner may suspend the ability to apply for a building permit or a “license, registration, or certification” due to conditions enumerated in several new sections of Title 13. See § 2-22-040(3).

Two entirely new sections of the Chicago Building Code, Sections 13-8-130 and 13-8-140, describe the conditions under which the Commissioner may revoke someone’s ability to apply for DOB related permits or may “suspend or revoke the license, registration, or certification” of residential real estate developers, permit expediters, crane operators, general contractors, plumbers, sign contractors, and a variety of other persons. The sections make clear that the suspension can apply to either the person performing the work or the person directing the work. These conditions include:

New Section 13-8-130 also contains the procedures for: (1) providing notice that someone’s ability to apply for permits has been suspended; (2) contesting the suspension; and (3) reinstatement of privileges. The section also defines what constitutes a suspension of permit privileges and includes the suspension of permits that have already been submitted but not issued. The section makes it clear that if the license or certification of an entity is suspended, “no controlling person(s) of that entity” may receive a new license or permit system number during the suspension period. Sections 13-8-140  and 13-8-150 also provide the procedures for reinstating and contesting a suspended license, registration, or certification.

The proposed ordinance adds provisions to Section 13-12-060, the section of the Building Code governing architects, engineers, and others failure to comply with the Code. New Section 13-12-060(b) states that an architect, structural engineer, or expediter who submits “plans, drawings, or calculations” that fail to conform to the Code requirements may have their permit application privileges suspended.

Additionally, new Section 13-32-045 states that the Commissioner may also suspend the permit application privileges of an architect, structural engineer, or expediter if they exhibit a “pattern” of failing to make corrections to “an application, drawings, plans, calculations or supporting materials” requested by DOB in a reasonable time or resubmits such materials without corrections. The section defines “pattern” as five or more times within a 12 month period.

It should also be noted that a companion proposed ordinance, 02016-8687, makes changes to various business and licensing requirements. This proposed legislation amends Section 16 of the Chicago Building Code to eliminate annual inspections for certain types multi-story of buildings. Instead, these buildings will be inspected “as often as deemed necessary.”

Once adopted, the effectiveness of these new provisions will largely rest on the extent to which DOB utilizes them.

This post was updated on February 23, 2017, with the following information: