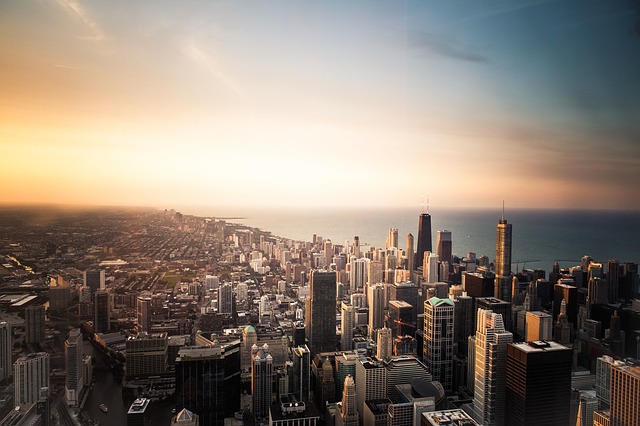 What is Energy Benchmarking and Why is it Important?

An increasing number of municipalities are requiring large buildings to conduct energy benchmarking because buildings are responsible for a significant portion of the energy used in a city. Given that so many buildings were built long before the adoption of energy codes, older buildings are a significant source of wasted energy. The shared energy benchmarking data helps policymakers understand where improvements may be needed and implement programs to improve energy efficiency.

What are the Chicago Energy Benchmarking Ordinance Requirements?

The building owner must share the building’s energy data with BACP on an annual basis using Portfolio Manager®. Although the deadline for reporting to the city is June 1st, the Compliance Checklist suggests earlier completion dates for the various steps in the benchmarking process. A professional engineer, licensed architect, or energy professional must verify the benchmarking is done correctly during the first year of reporting and every third year thereafter. Volunteers from the design and energy professions provide data verification on a pro bono basis to buildings that demonstrate financial need.

Owners of covered buildings should receive annual notification of the reporting deadline via a letter sent out by the City of Chicago. The letters regarding 2016 compliance were sent to building owners in March. However, if the building owner does not receive a letter or other form of notice, they are still obligated to report. Failure to comply with the Chicago Energy Benchmarking Ordinance may result in a fine of up to $100 together with an additional $25 fine for each subsequent day of violation.

How Does Chicago Use the Energy Benchmarking Data?

Chicago uses the energy benchmarking data to prepare an annual report on energy use and efficiency in the city. So far, the city has released reports for 2014 and 2015. The ENERGY STAR Portfolio Manager® scores each building’s energy efficiency. According to the 2015 report analysis, the Chicago buildings that are the least efficient use up to seven times as much energy per square foot as the most efficient buildings in the same building sector. This demonstrates there is still great potential for increased building energy efficiency and cost savings in Chicago.