Our recent focus on Project Drawdown illustrates an urgently urbanizing world. The world’s cities are growing exponentially, especially in the “global South”, and the United Nations estimates that by 2030, 60 percent of the world’s population will live in cities and one in three people will be living in a city with over half a million people. New populations in the United States (US) are also urbanizing, facing challenges unique to both growing mid-size cities and established urban centers experiencing shifting demographics. 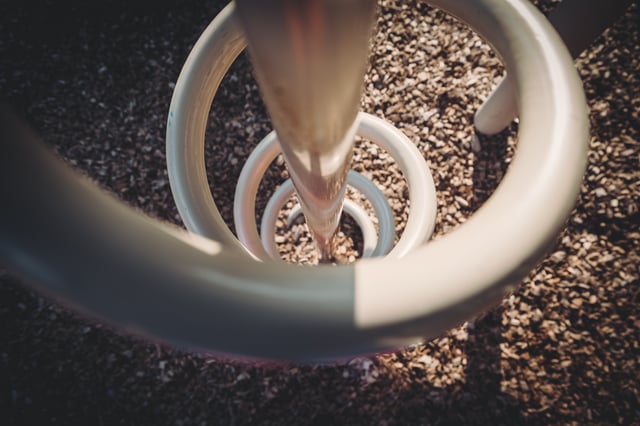 Over one billion children live in cities globally, a number that will continue to grow, but this shift is not universal. As US cities change, some have shown a population shift with a remarkable decline in younger residents, especially as the cost of living in coastal cities climbs. Citing climbing rents and home prices, difficult school systems, and “structural hostility”, San Francisco is just one city rapidly losing its child population.

Cities Alive, a report by Arup, highlights the lack of child-friendly design and ways to make cities such as San Francisco more friendly to children. In this post, we’ll examine the mechanisms behind San Francisco’s population decrease and how Cities Alive illustrates the link between healthy cities and a stable youth population.

San Francisco’s population is at a record high, but the coastal city is home to only 120,000 children - and roughly the same number of dogs - falling from ¼ of the city’s population in 1970. In an article in the New York Times, San Francisco’s child-unfriendless is attributed to prohibitively expensive housing and rising rents, an focus on a single industry that promotes making sacrifices including delaying or forgoing raising a family, and changing demographics as families continue to move to the suburbs in search of more affordable, more spacious housing.

The San Francisco Planning Department released a report last year on the state of its child population and argues for promoting more inclusive, equitable access to resources and child-friendly infrastructure for all children across the city. Despite a housing boom that has brought more units to a severely short market, the majority of these units are studio and one-bedrooms, unfriendly to families with children planning to reside in the municipality long term.

The city’s school system is cited as a major reason for families moving out of the city proper due to a difficult system, and enrollment has dropped from 90,000 students in 1970 to 53,000 as of 2017. San Francisco has the highest rate of private school enrollment with 30 percent of all children attending a private school, a track available only to wealthier residents with the means to access alternatives.

The City implemented policies to address the decline, including passing the first law in a US city requiring that all employers offer six weeks of fully paid family leave, but many more changes must be made before raising children within SF is possible for all families. A key component will be child-focused urban design - creating urban environments that support youth independence and equitable access to resources.

The “popsicle test” - if a child can walk to a store, purchase a popsicle, and walk back before a popsicle melts - is an informal measurement of how child-friendly a city’s streets may be. It signifies how safe a child is to have everyday freedoms and choices and access to basic services in their environment.

The vast majority of cities wouldn’t past the popsicle test and may be actively hostile to healthy environments for children. Cities Alive “proposes a children-friendly approach to urban planning, helping … to build successful cities that work for everyone.” Making cities inclusive for all is urgent - by 2030, 60 percent of all urban dwellers will be under the age of 18 - and benefits all residents.

Children’s infrastructure address the above challenges. Spaces, streets, nature, and other planned elements can be engineered to create an urban environmental that is stable and multi-generational. Access to child-friendly spaces promotes better health and wellbeing across demographic groups, general safety, creates stronger community bonds, and more resilient  and future-focused communities.

Designing for children is inherently designing for the future, and more and better distributed green infrastructure creates positive development that fights climate change. According to Cities Alive, children are “uniquely vulnerable to the effects of climate change,” and providing for families can provide forward-thinking responses to climate threats.

New York City adapts their designs for playable spaces with materials that absorb water, reducing the threat of flooding. Upgrading existing spaces makes the infrastructure more accessible and better adapted. The “benefits of ecosystem services [such as better stormwater absorption in playgrounds] extends to all citizens” and reduces air pollution and the heat island effect, even on a micro scale.