Beyond Recycling: Creating a Circular Economy for the Built Environment

The building community can help combat global warming by using materials more efficiently and reducing waste. The extraction, production, and transportation of the materials necessary for building construction are significant contributors to greenhouse gas emissions, particularly due to the amount of energy they use. Project Drawdown ranks industrial recycling, including the recycling of construction waste, as number 56 of its 100 solutions to global warming. 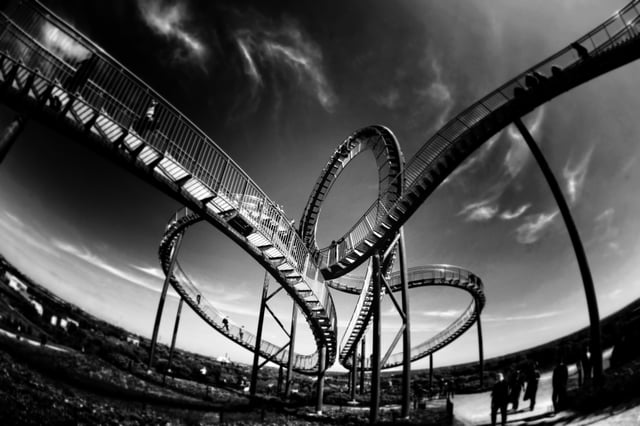 The subject of construction waste recycling has inspired us to take a look at the concept of a circular economy as it relates to the building sector. Recycling is a component of the circular economy model that offers a broader approach to reducing greenhouse gases and also helps address other problems resulting from waste and scarcity of resources. In our examination of the circular economy and the built environment, we are focusing on the work of the Ellen MacArthur Foundation (Foundation).

Our society currently use a linear economic model in which items are created, used, and discarded. In contrast, the goal in a circular economy is to extend the life of resources. According to the Walter Stahel, in his article, The Circular Economy, the circular economy model that substitutes “manpower for energy” was a response to significant unemployment and expensive energy costs of the 1970s.

Extending the life of our resources could result in dramatic reductions of greenhouse gases. However, adoption of the circular economy concept has been slow because it runs counter to our entrenched economic model that values consumption without regard to its impact. However, some countries and organizations are beginning to increase awareness of and research on the benefits of a circular economy, but much more needs to be done.

Stahel advocates for bringing the circular economy concept into educational institutions so industry “can hire graduates who have the economic and technical know-how to change business models.” Also, governments need to create policies that incentivize adoption of circular economy principles.

The Ellen MacArthur Foundation, created in 2010, is a non-profit entirely devoted to advancing circular economy principles worldwide. Supported by a variety of partners, the organization works with businesses, governments, and educational institutions. According to the Foundation, the circular economy is based on three principles: “design out waste and pollution, keep products and materials in use, and regenerate natural systems.”

A variety of different programs are included under the Foundation’s umbrella. The Circular Economy 100 (CE 100) program brings stakeholders from corporations, governments (including municipal), and academia together to support the development of circular economy opportunities. One prong of CE 100 is the Collaborative Projects (Co.Projects) program that allows the CE100 members to work together on research and pilot initiatives.

Using the Circular Economy for the Built Environment

Several Co.Projects have focused on building design and construction: (1) Circular Business Models for the Built Environment (Report) and (2) Circularity in the Built Environment: Case Studies (Case Studies).The Report describes the ways Circular Business Models (CBMs) may be used throughout a building’s life cycle, and in addition to reducing greenhouse gas emissions and other environmental impacts, also contains economic benefits by overcoming the many inefficiencies of our current system.

Using CBMs causes designers, developers, and investors to change their perspective and requires “focusing on the lifecycle of a building and carefully mapping the past, present, and future use of materials and components within the wider economic ecosystem.” Digital platforms, such as those that allow for the reuse of materials or coordination between stakeholders will be required to facilitate the circular economy.

The Report identifies three different CBMs that relate to the stages of a building’s life cycle: (1) circular design; (2) circular use; and (3) circular recovery. These CBMs may have some overlap.

Circular design occurs in the planning phase of the built environment and focuses on designing buildings and products to last longer, and thus, will “be easier to maintain, repair, upgrade, refurbish, remanufacture or recycle with respect to traditional ones.” There is also an emphasis on developing and using materials that are ”less resource intensive or fully recyclable.” Designers will partner with those working in the circular use and circular recovery phases.

Circular use requires manufacturers and developers to also incorporate services into their business model rather than just focusing on creating and selling their products.They will be invested in the longer-term use of their products and may provide services to repair or replace products. A value will be placed on recycling or reducing waste in the circular recovery CBM, the final phase of built environment life cycle.

In general, a circular economy requires greater collaboration between stakeholders across the different stages of a product’s life cycle and consideration of all the business goals along the value chain in order to achieve “the best value for all parties.” For example, a designer may collaborate with a manufacturer to develop building components that include plans for the eventual disassembly of the structure.

The CE100 case studies provide examples of circular economy principles applied in the built environment. They represent a range of project types from a large sports complex to a company that adopted a service-based leasing model for the carpets it manufactures and recycles or reuses.

One of the case studies is the development of new headquarters for Liander, an energy company in Duiven, Netherlands. Liander had an existing business park with a number buildings. The new design called for a roof over the older buildings and the creation of glass facades, placing the formerly open space inside an atrium. The entire building was designed to increase energy efficiency and incorporate sources of renewable energy to make the building energy positive.

The new structure utilized more than 80 percent of the raw materials from the older buildings. For example, upgraded scrap wood was used on some of the interior facades. The reuse of materials removed the greenhouse gas emissions that would have resulted from the production of new materials if they had been used instead.

The steel roof was designed for future disassembly, created a source of ventilation, and used 30 percent less steel than a more traditional construction method ( a roller-coaster company created the roof).

The Liander case study expresses a new perspective on the role a building plays when viewed through the circular economy lense, “A circular building is a temporary aggregation of components, elements, and materials with a documented identity, recording their origin and possible future repurposing, assembled in a certain form, which accommodates a function for an established period of time.”