On November 8th, voters in the City of Denver passed an ordinance mandating environmentally-friendly roofing for all large new construction as well as requiring that many existing buildings be retrofitted with these same “green roofs” - either rooftop gardens or solar panels - on a percentage of the roof.

Developed by the Denver Green Roof Initiative (the Initiative), the ordinance started as a grassroots movement and is now the most stringent rooftop requirement in the United States, surpassing San Francisco’s “Better Roofs.” While other cities, such as the City of Chicago, also have rooftop garden and green roof ordinances, these usually offer incentives to developers to add environmentally-friendly rooftop coverings and are not code requirements. 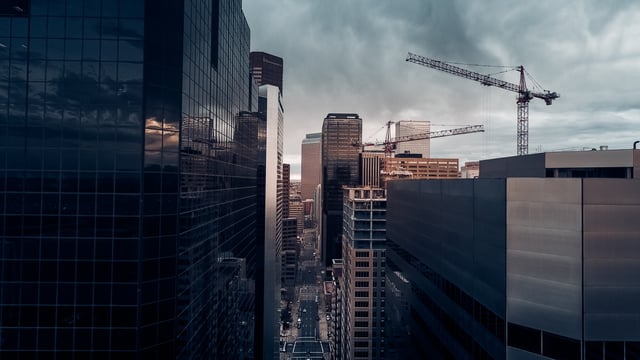 The Initiative stipulates that all buildings constructed after January 1, 2018 with a gross floor area of 25,000 square feet or greater must have at least 20 percent of available roof space covered with a green roof. The requirements increase with floor area up to 60 percent coverage for buildings with 200,000 square feet of space or greater. Residential building that are equal to or less than 4 stories or 50 feet high are exempt from the requirements.

If an existing building or building addition falls under the floor area requirements and the existing roof is being replaced, the building must comply with the requirements for a combination of green roof and solar system. The roof coverage area may be adjusted to avoid significant structural changes. There are also alternative requirements for industrial buildings.

The Initiative also contains detailed requirements for the design and construction of the mandated green roofs, known as the Denver Green Roof Construction Standard. The roof must be maintained following the ordinance’s maintenance plan.

Permits are required for all installations including retrofitting or altering existing roofs. Permits must be issued by the Denver Community Planning and Development Department (CPDD) prior to any work; however, a single permit for new construction (including additions) and a green roof is acceptable.

A Denver Development Services “Green Roof Declaration Form” may be during the permit process and includes structural design information and fire safety provisions. Unless included in the construction of or alteration to a building, the permit fee for constructing a green roof is the same as the building permit fee for the building’s classification.

If an applicant is unable to provide the amount of green roof coverage mandated, an exemption form may be filed with the Denver Planning Board (DPB). The DPB may grant a full exemption or allow for a smaller green roof - provided that a cash-in-lieu payment is made. Currently, the payment is assessed at $25/sqft.

Exemptions will be made only if two or more of the following applies: the building is used seasonally; the design cannot accommodate a green roof; the building collects at least 50 percent of annual rainfall or .25 inches of water per rainfall; or the structure has an Energy Star Rating of 80 or higher.

Violators of the green roof requirements may be subject to financial penalties or imprisonment. Each day the violation continues may be regarded as a separate offense and all structures to which the ordinance applies must comply.

The Initiated Ordinance process provides citizens of Denver with an avenue to propose and enact ordinances via referendum.

Individuals or organizations filing proposals must submit the ordinance to the Denver City Council and City Attorney for review and comment, including compliance with Denver’s plain language provisions. The proposal is reviewed at a public meeting and, once comments are incorporated, submitted to the Election Division.

After initial approval by the Elections Division, the petitioner must circulate petitions in support of the proposed ordinance according to city requirements. The Election Division then verifies each signature and routes to the City Council.

The Denver Green Roof Initiative first proposed the ordinance (also known as Initiative 300, or I-300) in January 2017 and filed petitions for a Denver Initiated Ordinance in February 2017. Cost-benefit research on file with the Denver City Council, completed by ARUP for the San Francisco ordinance, indicates that green roofs provide recurring benefits including energy savings, carbon abatement, heat island mitigation, habitat addition, and educational opportunities that outweigh the one-time cost of installation and the repeated costs of maintenance, irrigation, and reroofing.

The Green Roof Cost-Benefit Study indicates that the “initial stormwater equipment savings is by far the largest up-front direct savings associated with installing a living roof in San Francisco” and that “similar findings have been noted in studies of other cities with stormwater management ordinances.”

The study demonstrates that living roofs reduce the heat island effect through “surface albedo, reduced surface temperature and evapotranspiration”, and also provide job creation through maintenance personnel requirements and can improve the value of a real estate asset. The ordinance was endorsed by Omni Ecosystems, 350 Denver, 350 Colorado, and other sustainability-focused businesses and organizations.

The Initiative organization presented the study to the Denver City Council in September. At the same meeting, Citizens for a Responsible Denver (CRD) provided a presentation in opposition.

CRD members include the Denver Metro Chamber of Commerce, Colorado Apartment Association, and BOMA/Denver Metro among others. Representing local residents and businesses who oppose I-300, the organization cited concerns that the ordinance would adversely impact buildings owners, contractors, non-profits, residents, and tenants by placing installation and maintenance costs directly on owners rather than incentivizing building green roofs - which would lead to rent increases for both commercial and residential buildings to cover the roofing costs.

The organization cites Colorado’s climate and water scarcity as unfavorable to healthy rooftop gardens and that though green roofs do assist somewhat in mitigating the heat island effect, mandating them for all buildings overlooks other solutions that may be more beneficial for individual buildings and diverts funds from these alternative projects.

The Denver City Council elected to place the measure on the ballot during the November citywide election.

Voters approved the ordinance with a 52.5 percent yes vote. Though the ordinance is currently adopted as written, the Denver City Council has six months to review the change and can amend or repeal it with a 2/3rd majority vote. The Initiative organization plans to work with the City to further clarify language in the ordinance so that existing buildings can obtain proper exemptions as needed in hopes of addressing some of the opposition’s concerns.

This unprecedented requirement does promise to bolster Denver’s existing sustainability policies though the full impact of the code requirement to development remains to be seen. As the ordinance is enacted, we’ll continue to monitor how it impacts construction in the City of Denver and  may or may not affect similar requirements across the country.