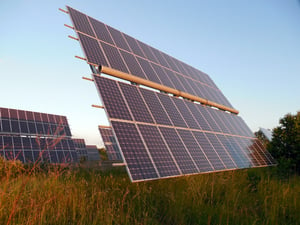 Timeframes for Permission to Operate

The Interconnection Timelines Report focuses on how long it takes utilities to grant small residential PV systems (up to 10 kilowatts) permission to operate (PTO) after the system is installed and required documentation is completed. Surveyed installers were asked about the PTO timeframes in 2013 and 2014. EQ Research found that PTO timeframes increased 68% from 2013 to 2014. The median waiting period was 25 days in 2014. With the increase of solar installations, the report makes it clear that the interconnection process will become more complicated if changes are not implemented.

Keys to Decreasing Costs and Delays

Based on its survey results, the Interconnection Timelines Report developed a number of recommendations:

Another report suggestion is to eliminate the utility pre-construction approval requirement in order to accelerate installation procedures. However, as the concentration of solar increases, this recommendation will have limited application due to concern that interconnection of too much distributed generation could adversely impact the grid. The pre-construction approval is required to assure that a particular installation will not impact the grid’s reliability and safety. Utilities are unlikely to be comfortable eliminating the pre-approval requirement except in areas of less developed solar. The report acknowledges that ultimately, even for small installations, the pre-approval requirement will be essential in high concentration areas of rooftop solar.

The Interconnection Timelines Report also recommends that states mandate a time limit for how long it takes utilities to grant permission for turning on a PV system. Some, but not all, states have set timelines. For states that do set timelines for small units (25 kilowatts or less), PTO can take from five to thirty business days. Also, states need to do a better job enforcing timelines. The researchers found that often utilities do not comply with their state required timeline.

Better Communication and Coordination with Installers and Local Jurisdictions

Clearer and more efficient utility staff communications with installers would help the interconnection process. According to the report, delays are caused by utility staff’s failure to communicate errors to installers when the mistake could have been corrected in minutes. Under-staffing at utilities causes some of these problems. The Interconnection Timelines Report suggests that utility reviews would be expedited if more of an “assembly line” approach to processing applications were used rather than one staffer reviewing an application in its entirety.

Interconnection Delays Will Increase Without a Proactive Approach

It is critical that utilities and other stakeholders expedite the rooftop solar interconnection process. Rooftop solar will only continue to grow and more areas of concentrated solar penetration will raise concerns about grid reliability. This will only cause further interconnection delays and raise the cost of solar installations unless a more proactive approach to improving interconnections is developed.