The new Illinois Accessibility Code (IAC) was accepted at the October 16th, 2018 Joint Committee on Administrative Rules and as of October 23rd, 2018, the new IAC is now in effect. The CDB will be releasing a searchable, user-friendly version of the Code in the future, but the rules are available for review here at this time.

The Illinois Accessibility Code is a set of regulations that implement the Illinois Environmental Barriers Act, and applicable entities in Illinois must comply with both the Americans with Disabilities Act (ADA) and the Environmental Barriers Act. Previously, we summarized the changes to the code during the draft process. Look for an update of this soon. The IAC now more closely resembles the 2010 ADA Standards for Accessible Design but does have a number of different and more restrictive requirements. 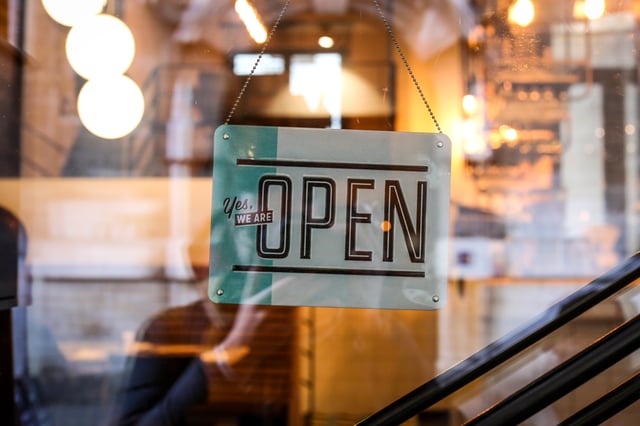 Background to the IAC Amendment Process

The IAC implements the Illinois Environmental Barriers Act (EBA), the state statute pertaining to accessibility for people with disabilities. Amendments to the EBA were adopted in July 2016 and became effective on January 1, 2017. The state statute was amended, in part, to better align with the federal statute prohibiting discriminations against people with disabilities, the Americans with Disabilities Act (ADA). Covered Illinois entities must comply with both the EBA and ADA.

The current version of the IAC, 71 ILL. Admin. Code tit. 71, sec. 400 et. seq., became effective in April 1997. The CDB administers the IAC and is overseeing the revisions to the IAC, including the working group assisting with the Amendments.The IAC Amendments are intended to incorporate the EBA revisions and updates to the federal standards, as well as reduce inconsistencies between the IAC and the current federal regulations implementing the ADA’s accessibility provisions, the United States Department of Justice’s 2010 ADA Standards for Accessible Design (2010 Standards).

To adopt the IAC amendments, the CDB must follow the state’s formal rulemaking process overseen by the Illinois Joint Committee on Administrative Rules (JCAR) that begins with the publication of the proposed rule in the Illinois Register. However, to expedite the rulemaking process, the CDB previously sought stakeholder input and circulated a draft of the IAC Amendments prior to submitting them for official publication as a proposed rule.

The IAC Amendments added revisions to better align the state code with the 2010 Standards in quite a number of ways. The following are some examples of these changes to the IAC

One of the biggest differences between the IAC Amendments and the 2010 Standards are the Amendments’ inclusion of the federal Guidelines for Pedestrian Facilities in the Public Right-of-Way (PROWAG) and Shared Use Paths, governing such areas as pedestrian access routes, pedestrian street crossings, curb ramps, detectable warning surfaces, accessible signals and push buttons, and signs. PROWAG, originally proposed in 2011 with revisions in subsequent years, has yet to be adopted as part of the federal standards. When CDB began its work on the IAC Amendments, there was optimism that PROWAG would soon become a final rule. However, with the change of federal administration, the adoption of PROWAG continues to be delayed.

Highlights of some of the other notable differences between the IAC and 2010 Standards are the IAC:

It is important to be aware that the IAC Amendments have their own enforcement provisions. The Illinois Attorney General (IAG) is responsible for enforcing the state requirements, including investigating violations.The Amendments contain state-specific penalty provisions for violations such as a penalty of up to $250 a day for each day of violation by the owner. An architect or engineer who submits a plan that doesn’t comply with EBA may have their license suspended or revoked. The Amendments also provide a catch-all that allows the IAG to bring “an action for any other appropriate relief” for violations of EBA.

The Future of the IAC Amendments

The CDB will accept comments on the Amendments until March 26, 2018. They must be submitted in writing to: Lisa Mattingly Administrator of Professional Services Capital Development Board 401 S. Spring Street 3rd Floor Stratton Building Springfield IL 62706; or email to: lisa.mattingly@illinois.gov

It will still be many months before the IAC Amendments are final. Once the CDB considers the comments and makes any changes, the Amendments must be sent to JCAR and members of the legislature for review. The rules will only be adopted once this review and any additional changes are completed.