In September, Los Angeles made the news with its commitment to pursue a 100 percent renewable energy goal. Although Los Angeles is not the first California city to set such a target, there is considerable variation in the way cities are planning to reach their renewable energy goals. We thought we would highlight some of the California municipalities looking to completely move to clean energy and compare how they are working towards implementing their plans. 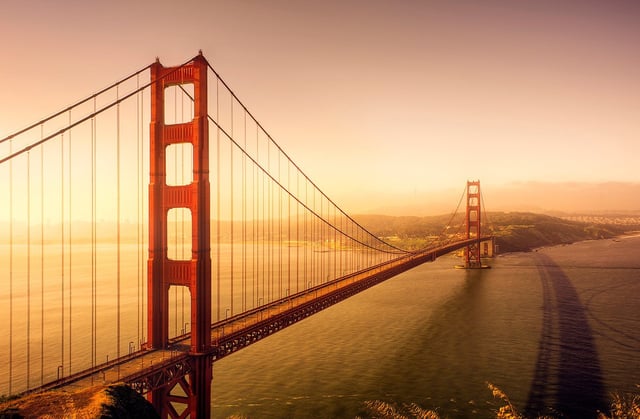 The Los Angeles City Council’s recent motion moves the city closer to completely eliminating the use of fossil fuels as the source of electricity. The motion asks the Los Angeles Department of Water and Power, the city’s municipal utility, to work with others, such as universities, the California Independent System Operator, and area utilities, to determine how the department can obtain all of its electricity from renewable resources.

According to the motion introduced by Councilmembers Krekorian and Bonan, Los Angeles was already planning to eliminate electricity from coal by 2025. However, this policy still allows for the use of natural gas which continues to emit annually over “7 million metric tons of greenhouse gases.” Also, the cost and supply of natural gas generated electricity are subject to the fluctuations of the natural gas market.

The motion states that using renewable energy as the complete source of the city’s electricity is more realistic today given the significant developments in renewable energy and energy storage technology. The unanimously approved motion does not contain a specific deadline for the research’s completion or achieving the 100 percent renewable energy goal. The new target will involve significant changes given it is estimated that only 23 percent of Los Angeles’ electricity currently comes from renewable resources.

In 2010, Mayor Newsom announced an initiative to reach 100 percent renewable energy in San Francisco by 2020. However, only 16 percent of San Francisco’s electricity was from renewable resources in 2010, excluding large-hydro renewables.

The city is taking a variety of steps to meet its renewable energy goals. Earlier this year, San Francisco implemented a community choice aggregation program, CleanPowerSF, designed to provide clean energy. Currently, the program uses 35% renewable energy mostly from Bay Area wind energy. CleanPowerSF customers also have the option to receive 100 percent of their electricity from renewable energy sources for a higher rate.

In April of this year, San Francisco became the first major U.S. city to pass an ordinance requiring all new buildings to incorporate rooftop solar. Any new residential and commercial buildings that are 10 stories or less must install solar energy systems or solar water heaters at the time of construction. The law applies to any new buildings seeking a building permit starting January 1, 2017, and contains minimum size specifications for the solar zone area.

San Jose intends to reach its renewable energy target primarily by using solar energy. Green Vision calls for placing solar panels on city facilities and supports the use of solar power purchase agreements to make the acquisition of solar technology more financially viable for homeowners and businesses. San Jose is hoping to become a national leader in solar energy which will include innovative demonstration projects and support for new technology. Even though the focus is on solar energy, San Jose is open to using other forms of clean energy to meet its 100 percent renewable energy goal.

Activity at the municipal level to reduce greenhouse gases becomes particularly important with the federal Clean Power Plan on hold. It is exciting to see more cities are committed to reaching a 100 percent renewable energy goal. However, given that renewable sources currently represent a small percentage of most citys' energy mix, attaining a 100 percent renewable energy target is not insignificant. We will continue to watch how municipal plans to move completely to clean energy are realized.