The Energy System of the Future: A Look at Minnesota’s e21 Initiative 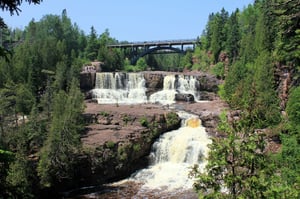 Minnesota’s Great Plains Institute is leading the e21 Initiative, the forward-thinking work of a diverse group of stakeholders, including Minnesota’s utility, Xcel Energy, to design new regulatory and business models to support Minnesota’s future energy system. Although the initiative does not focus on solar, we at Burnham believe the e21 Initiative’s efforts designing the energy system of the future will have an important impact on how distributed solar is supported and integrated into the grid. Phase I of the initiative is complete, and we will discuss some of the recommendations contained in the first report.

The current utility business model and utility regulatory framework are out of sync with the present energy marketplace, customer desires, and public policy goals. New developments provide greater flexibility and customer choices for how electricity is generated and supplied. Customers want to have solar and other forms of distributed energy available to them. However, these options are reducing the traditional forms of utility revenue while utilities are still expected to maintain a reliable grid and make expensive investments in infrastructure.

The e21 Initiative was inspired by the realization that it is better to proactively work on the business and regulatory changes necessary to a well-functioning electrical energy system of the future before the situation becomes critical. Unlike similar initiatives in other jurisdictions, the e21 Initiative began before any government body mandated work to redesign the utility business model and the grid. The initiative’s goal is to create a utility business model that supports a more decentralized grid and provides customers with choices. Also, the initiative seeks to change the regulatory framework to reward utilities for meeting performance-based outcomes that match citizen and ratepayer expectations.

The e21 Initiative Uses a Collaborative and Consensus-Based Approach

The Great Plains Institute lead by its President and CEO, Rolf Nordstrom, is facilitating the e21 Initiative. The team for the project includes representatives from XCEL Energy, Minnesota Power, Center for Energy and the Environment, Energy Systems Consulting Services, and George Washington University Law School. In addition to the team, a variety of stakeholders representing diverse interests are participating in the initiative.

In February 2014, the team began meeting on a monthly basis and subgroups focused on more detailed work. Their effort resulted in the December 2014 Phase I Report: Charting a Path to a 21st Century Energy System in Minnesota (Phase I Report). The Phase I Report contains a description of the e21’s Initiative’s consensus building working process and recommendations for creating an energy system of the future.

The e21 Initiative’s collaborative work can serve as an important model for other regions undertaking similar initiatives. The process used by the e21 Initiative is based on the Transformative Scenario Planning method developed by Adam Kahane. Transformative Scenario Planning uses a five-step approach: (1) build a team of leaders from across the system, (2) develop a common understanding of what is currently occurring, (3) create agreed upon realistic scenarios about what may occur in the future, (4) identify what needs to be done to change the system, and (5) take action to bring about the changes based on agreed upon recommendations. A key element of the process is building consensus so all stakeholders support the resulting recommendations.

The Phase I Report emphasizes that the e21 Initiative’s recommendations be understood as an entire package and are designed to work together. The proposals focus on four areas: (1) ratemaking that is largely performanced-based, (2) providing customer options and flexible rate design, (3) transforming the way planning is conducted, and (4) revising the regulatory process to be more collaborative and efficient.

A major goal of the initiative is to change the regulatory framework to provide utilities with the option to base some of their revenue on agreed upon performance metrics.This is in contrast to the old regulatory model that only rewards utilities for selling electricity and continuously investing in expensive infrastructure. The outdated system doesn’t provide customers with choices and will no longer be an economically sustainable model. Under the e21 Initiative’s regulatory scheme, utilities would file a Business Plan with the Minnesota Public Utilities Commission that would cover up to five years and replace the current approach that requires periodic rate cases. The Business Plan would accompany a 15-year Integrated Resource Analysis (IRA) which would replace the current Integrated Resource Plan (IRP).

The e21 Initiative proposals are also designed to improve the current utility regulatory process that frequently becomes adversarial and leads to costly and time-consuming proceedings. The Phase I Report states that the Minnesota Public Utilities Commission and Minnesota Department of Commerce should officially adopt a collaborative process as an option when appropriate. For example, a committee of stakeholders who represent the public interest should have a role in developing the IRA before its filing rather using the lengthy regulatory review process that precedes Minnesota Public Utilities Commission approval of IRPs.

Similarly, the initiative recommends that instead of requiring utilities to go through inefficient regulatory proceedings to test different customer offerings, utilities should be permitted to use pilot programs to evaluate, for example, new technologies or services. This would allow for quicker development of state-of-the-art programs and provide customers with better options. Also, the Phase I Report calls for revising the relevant state laws and regulations to encourage a streamlined process for utilities’ adoption of new products and services.

Many of the Phase I Report proposals support the development of solar and other distributed energy resources (DER). The recommendations call for establishing a modern grid that can cost-effectively incorporate many DERs without compromising grid reliability. Any integration of DERs must include the development of systems that allow for controlling and communicating between DERs and the grid. Additionally, the Phase I report urges the Minnesota Public Utilities Commission to develop precise methods for determining the proper value of services provided by DERs and the grid.

The e21 Initiative is currently in the middle of Phase II. In the second phase, the details and strategies for implementing the Phase I recommendations are being developed by the e21 Initiative stakeholders in conjunction with the Minnesota Public Utilities Commission and Minnesota Department of Commerce. According to Mr. Nordstrom, the Phase II white papers should be available this spring and are focused on the details of the performance-based model, modernization of the grid, and integrated system planning. At Burnham, we are looking forward to reviewing the e21 Initiative’s Phase II work and sharing it with you.