President Trump is finding that rolling back regulations is not so easy. Deregulation is a Trump administration priority, and the President’s first day in office his Chief of Staff notified agencies of a temporary freeze on all new regulations. This was followed by series of executive orders focused on cutting regulations, including the Executive Order, known as the Two-for-One Executive Order, requiring the repeal of at least two prior regulations and an incremental cost of zero for each newly adopted regulation. We have highlighted in several posts how Trump’s deregulation agenda may impact the building industry, and we thought we would review the status of this effort. 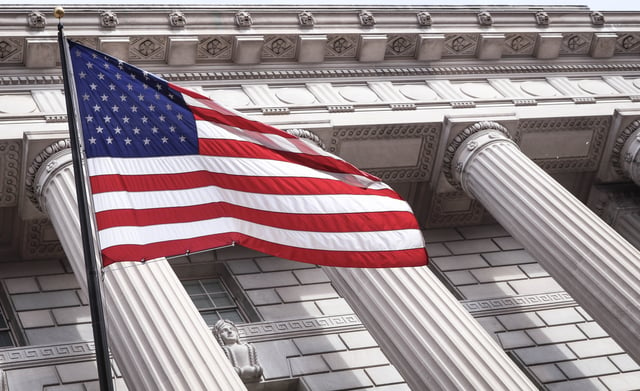 Reversing a Final Rule is a Lengthy Process

Much more than a series of executive orders is required to repeal existing regulations. An agency trying to revoke or revise an existing rule must follow the federal Administrative Procedure Act’s (APA) rulemaking requirements.The procedures for modifying a rule are essentially the same as for promulgating a new rule, including providing notice and opportunities for public comment.

This is only the beginning of what will undoubtedly be a long and difficult process for those seeking to undo the CPP, at minimum several years. Once the Notice of Proposed Rulemaking is published in the Federal Register, it will begin a public comment period, and these comments must be subsequently reviewed and addressed by EPA before publication of the final rule.

This same lengthy process must be followed for final rules Trump is trying to rescind across agencies. Also, attempts to rework regulations through the rulemaking process are likely to be met with lawsuits, further delaying the regulatory process.

It is not unusual for a new administration to place a temporary hold on select proposed rules or rules not yet in effect. The Trump administration has been aggressively delaying the effective date of recently adopted rules and labeled many other rules under development as inactive. However, the administration’s ability to freeze newer or developing rules is limited, and broad use of this tool invites legal challenges.

Some agencies are also overreaching in their attempt to stay, delay the effective date, of a rule. Since Trump's inauguration, the EPA tried to stay the Clean Air Act’s (CAA) methane gas rules promulgated during the Obama administration, well before President Trump came into office. The United States Court of Appeals for the District of Columbia Circuit held this past July that EPA had violated its authority under the Clean Air Act by freezing the rule. Given the APA’s requirements, an agency cannot simply stay a rule, it must comply with a rule until it is changed after proper notice and public comment.

Lawsuits Challenging the Repeal or Stay of Regulations

The administration’s attempts to rescind or stay agency rules have resulted in a multitude of lawsuits by public interest groups and state attorney generals. The New York Times recently reported that the Trump administration’s aggressive push to undo regulations is being stopped by some courts. The article noted three environmental cases in which judges have recently ruled against the administration.

According to the New York Times, those carrying out the President’s agenda are starting to realize the limits of their ability to turn back the clock on regulations. In some other cases, “the administration has given up efforts to roll back rules after lawsuits were filed to challenge them even before judges had ruled on the merits of the argument.” However, despite these court decisions, there are still plenty of regulations the administration is delaying or working to reverse.

In April, we called attention to United States Department of Energy of Energy (DOE) moratorium on a number of new energy efficiency standards, regulations that impact equipment used in the building industry. The effective date of one the standards, the finalized Energy Conservation Standards for Ceiling Fans, was delayed twice by DOE.

Several organizations, 11 state attorney generals, and New York City filed petitions in the United States Court of Appeals for the Second Circuit to challenge the delay of the ceiling fan standards. On May 24, 2017, DOE decided to allow the energy efficiency standards for ceilings fans to move forward with an effective date of September 30, 2017.

DOE also failed to send five other energy efficiency standards to the Office of the Federal Register, the final step before becoming a rule. These regulations had already completed the entire rulemaking process, including an opportunity for stakeholders to comment. The new standards govern portable air conditioners, uninterruptible power supplies, air compressors, walk-in coolers and freezer refrigeration systems, and commercial packaged boilers.

The five energy efficiency standards remain unpublished despite the lawsuits and the regulations’ clear environmental and economic benefits. Additionally, the continuing limbo state of these regulations, as well as a host of other standards placed on hold by the administration, violates the federal statutes mandating the regulations, is very costly, and creates uncertainty and confusion for stakeholders.