What is New Jersey’s Proactive Approach to Solar Energy?

New Jersey is one of the top states for solar energy. A major reason for New Jersey’s solar leadership is its strong Clean Energy Program that started in 2001.The Clean Energy Program includes a progressive Renewable Portfolio Standard and the use of Solar Renewable Energy Certificates. We thought we would take a closer look at these components of New Jersey’s solar energy initiatives. 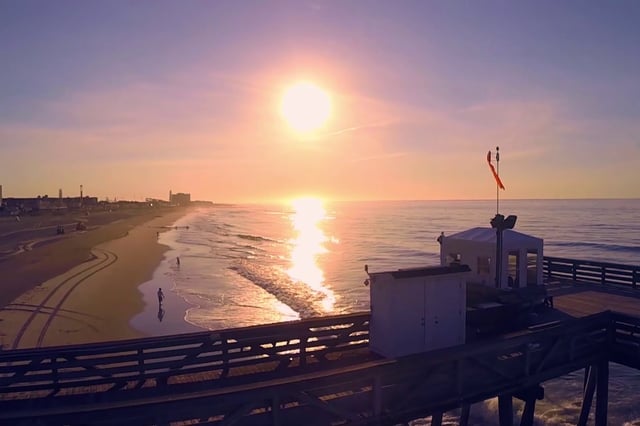 New Jersey’s Renewable Portfolio Standard (RPS) has been the foundation for New Jersey’s solar energy growth. An RPS is a state-level requirement specifying the percentage of electricity utilities must obtain from renewable sources either by generating such energy themselves or purchasing it from others. The RPS is a very important vehicle for increasing the use of renewable energy and was initially adopted by New Jersey in 1999.

In the last few years, there has been legislation to dramatically increase the percentage of energy represented by the RPS. Most recently, a new bill was introduced in the New Jersey Senate, S 1707, that sets a goal of 80 percent renewable energy by 2050. The bill passed in the Senate on March 15, 2016. It was referred to the General Assembly’s Telecommunications and Utilities Committee where it still sits as of this posting.

An important component of New Jersey’s RPS is its use of the Solar Renewable Energy Certificates (SREC). Utilities can purchase the SRECs to fulfill their RPS requirements and are the main purchasers of SRECs.

SRECs are a form of renewable energy credit (REC) or certificate which provides proof that a set amount of electricity was generated and sent to the grid. The RECs can be sold or traded separately from generated electricity and provide an opportunity for companies that cannot produce their own renewable energy to invest in clean energy.

Specifically representing credit for solar energy generation, SRECs are available in states that have a solar carve-out in their RPS. The entity generating the electricity represented by a SREC must be certified by a state regulatory agency, and the SRECs are documented in a registry.

New Jersey developed its SREC Registration Program (SRP) in lieu of a state rebate or tax incentive program. The program includes municipalities, homeowners, and businesses. Prior to installation, the solar project must register with the SRP. After the project is completed and the registration is approved, the owner receives a SREC certification number. One SREC is earned every time the solar system generates 1,000 kilowatt-hours of electricity which is tracked in the SREC Tracking System.

A customer can sell the SRECs online through the SREC Tracking System. The New Jersey portal for selling SRECs, starting in 2004, was the first time such a marketplace was created for SRECs. There are also companies that will consolidate different homeowners’ SRECs and sell them on behalf of the homeowners. SRECs can be a way to finance the building of a solar system. However, given that SRECs are sold on the open market, there can be significant price fluctuations depending on SREC availability.

New Jersey’s SREC program is responsible for much of the huge increase in New Jersey’s use of solar. However, there have been some problems with the program in recent years due to dips in the SREC trading price. Some owners didn’t contemplate the possibility of fluctuations in SREC pricing when they invested in solar systems.

Several years ago, there was concern that the SREC market could collapse given declining prices. One of the contributing factors to these decreasing prices was the large amount of solar being built. To save the market, the state passed a law in 2012 designed to stabilize the price of SRECs by increasing the solar RPS requirements in the short-term. This change required utilities to purchase more SRECs, and the SREC prices recovered.

There is concern that with more solar development, the price of SRECs could once again decrease. To continue to sustain the SREC market, another bill, S 2276, was introduced in the New Jersey legislature this past May to increase the solar carve-out of 4.1 percent by 2021 rather than 2028. On October 6 2016, the bill passed out of the Telecommunications and Utilities Committee and was scheduled for a second reading in the New Jersey General Assembly.

We are anxious to see whether the recently proposed legislation will become law and maintain New Jersey’s solar energy growth.