Looking Ahead to the 2018 Illinois Energy Conservation Code 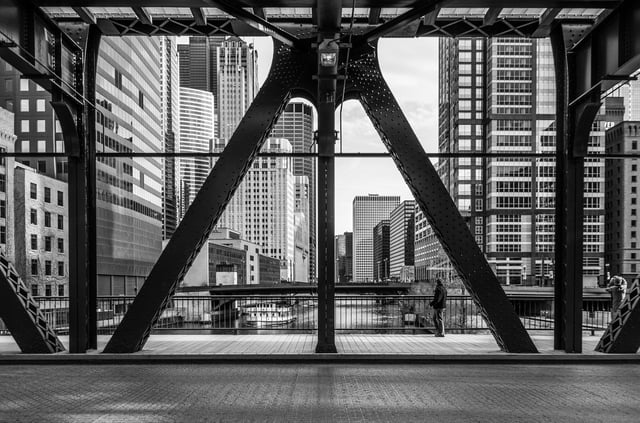 The state has made considerable progress in mandating buildings’ energy efficiency over the last 15 years. In 2002, only 25 percent of local Illinois jurisdictions had some building energy code provisions. Chicago took the lead by adding a whole new chapter (18-13) to their building code in 2003, a modified version of the 2000 IECC, then in its second edition. However, the only means of enforcement was to require certification by Registered Energy Professionals (REP), licensed engineers or architects who attended special training classes. That same year, Illinois adopted the latest ASHRAE 90.1 standard as part of the Illinois Capital Development Board (CDB) Act (20 ILCS 3105), that was only applicable to state-funded construction.

Ten years ago, Illinois formally adopted rules mandating the use of the 2003 IECC for both state and commercial construction. These rules became the Illinois Energy Code. The state required in 2007 that each new version of the Illinois Energy Code be implemented, following the International Code Council’s three-year cycle, within one year of the IECC’s publication. By 2009, Public Act 096-0778 establishing an energy code for residential buildings was passed and became effective on January 29, 2010. The CDB is the administrator of the Illinois Energy Code; however, each local jurisdiction (as with the Plumbing and Accessibility Codes) provides independent enforcement.

Since 2016, Illinois has followed the 2015 IECC, with some published modifications. In fact, Chicago has now rescinded their previous code (as well as the requirement for REP certification) and follows the Illinois Energy Code, adding their own “‘home rule” amendments. Following the three-year cycle mandate, Illinois will be adopting in 2019 the latest 2018 IECC. The state-appointed Illinois Energy Code Advisory Council, which is made up of six members, has been working since earlier this year to review the provisions of the new code and make any changes they deem necessary before to its submission to the Joint Committee on Administrative Rules for public comment prior to passage and publication.

As we await the official changes coming next year, let’s look at some of the differences between the current version of the IECC and the 2018 edition. First, the overall format of the code will not change very much from the previous edition. It will still be separated into two books, one for commercial buildings (designated with a ‘C’ in front of the section numbers) and one for residential buildings (designated with an ‘R’ in front of the section numbers). The new edition maintains the same six chapters for each book. There will also be the same compliance paths, allowing the use of the IECC provisions or those of ASHRAE 90.1 (updated for 2016) except for single family homes, multi-family buildings less than four stories high, mobile homes and modular homes.

It should be noted that although the IECC does cover residential buildings, those that contain more than three stories in height above grade are classified as being commercial buildings for the purpose of following the Commercial Provisions. In addition, the law still does not apply to historic buildings, buildings exempt from a local building code, or buildings that do not use either electricity or fossil fuel for comfort conditioning.

Also, the Chapter One requirement to provide certain information on the drawings submitted for a permit still applies. In addition, the code for commercial construction now requires that the drawings specify that the following documents be provided to the building owner or owner’s authorized agent within 90 days of the date of receipt of the certificate of occupancy:

(1) Record documents of the completed work, including mechanical, electrical and control drawings that indicate all changes to the size, type, and location of components, equipment, and assemblies.

For projects complying with Item (2) of Section C401.2, the documentation shall include:

(3) Training shall be provided to those responsible for maintaining and operating equipment included in the manuals required by Section C103.6.2.

When the Illinois Energy Code Advisory Council met at the beginning of this year, International Code Council staff members attending the meeting provided a list of commercial code changes considered to be most relevant to the adoption process. They included:


We will highlight in upcoming posts some of the specific IECC changes that will impact the 2018 Illinois Energy Conservation Code.