Fusion Academy (Fusion), a learning center where one-to-one classrooms allow students to unlock their academic potential, opened its 9th location in San Francisco in 2011. Earlier this year, Fusion planned to move into a new location in Levi’s Plaza, which required an interior remodel to meet their needs. While Fusion provides similar services to a school, it differs in a variety of major ways. Burnham Nationwide developed a solution that helped change the classification of Fusion from educational to business, which helped expedite the necessary permits in just six weeks instead of three months. 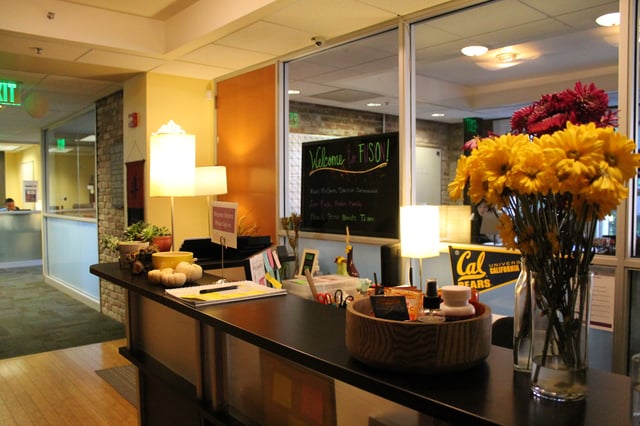 Burnham facilitated the complex permit process, including helping present a case to the San Francisco Department of Building Inspection (DBI) and the San Francisco Fire Department (SFFD) to change the occupancy of the building from E to B based on a variety of factors.

Burnham helped the architect on the project prepare for a Pre-Application meeting with the San Francisco DBI and SFFD to present their proposal to classify Fusion Academy as a B occupancy building based on the fact that it was not a traditional school.

During the meeting, Burnham was required to present statements to support the fact that Fusion Academy operates more like a B occupancy than an E occupancy. Support for that position included the fact that there are no standard operating hours so there are no mass arrivals or departures of students. Additionally, there is no gym, cafeteria or area where the entire organization would assemble together at the same time. Burnham also presented the fact that the occupant load is much lower than a traditional school. Burnham provided supporting documentation for these statements in the form of proposed plans and egress paths, a site location diagram, and comparisons between Fusion’s building plans and traditional office building plans.

Burnham Expedited the Permit Process Using the B Occupancy Classification

Securing a B occupancy classification for Fusion allowed Burnham to expedite the permit process. E occupancy projects require a formal process to submit architectural plans and receive comments from the DBI. The process often includes multiple rounds of revisions and can take up to three months to complete. Burnham used the B occupancy classification to avoid the formal submittal process and instead secured an Over-the-Counter (OTC) review.

During the OTC review, Burnham met with a DBI examiner in person while they reviewed the drawings. By meeting in person we received comments the same day, which cut down on the time it takes to make changes and re-submit the plans. After the design team created the new drawings based on the comments from the DBI, Burnham submitted the updated drawings back to the same examiner to receive final approval.

Burnham’s close relationship with the DBI allowed us to gain approval to for an OTC review. The OTC review shortened the permit timeline from over three months to just six weeks.

We at Burnham take pride in creating individualized solutions to our client’s problems. We are pleased to be a part of the Fusion Academy project in San Francisco.