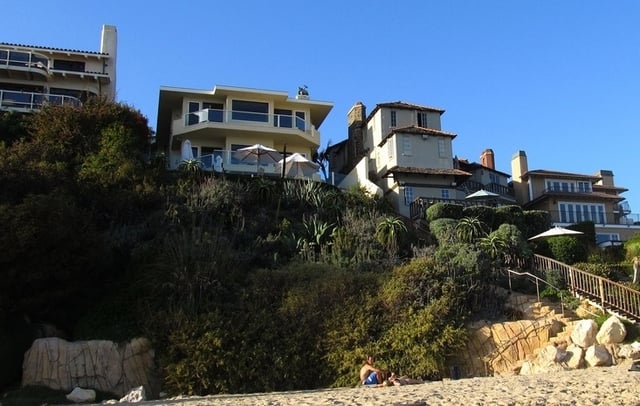 California’s severe housing shortage is well-documented. A July 17, 2017, New York Times article described the state-wide problem. The median cost of a California home is twice the national average. Homelessness in California is rising dramatically, and there is a significant housing shortage even for middle-class residents.

An insufficient amount of affordable housing is being developed in California. According to the Los Angeles Times, developers would, “need to double the roughly 100,000 homes they build each year to stabilize housing costs.”

Due to the desire to preserve California’s beautiful low-density areas, communities, especially along the coast, have prevented development. The prior state laws didn’t require or incentivize cities to build more affordable housing. Given they have jurisdiction over land use, local communities were able to limit new construction.

In many instances, higher density developments make more economic sense and help overcome the high cost of development, but they frequently face opposition. Different avenues are taken to oppose development. For example, lawsuits filed under the California Environmental Quality Act, a law requiring an assessment of a development’s environmental impact, have been used to delay or reduce the size of a project.

In addition, city planning hasn’t adequately accounted for jobs being added to municipalities, such as San Francisco, experiencing a growing economy and population.There has also been a shortage of state funding for low-income housing development.

Several of the new laws are intended to streamline the approval of new developments. Senate Bill 35, the Housing Accountability and Affordability Act, primarily targets communities that fail to meet their Regional Housing Needs Allocation (RHNA), the California Department of Housing and Community Development (HCD) identified number of housing units (across income level categories) required of a local jurisdiction.

The new law requires any city not meeting its RHNA goals to use an expedited approval process for two years for any affordability categories that have not been met. Any of these projects will be placed on the streamlined schedule set by the law if the project also meets criteria set forth in Senate Bill 35 for such factors as density, nature of the site, zoning compliance, affordability, and payment of prevailing wage for construction labor.

Senate Bill 540, the Workforce Housing Opportunity Zone, allows a city or county to identify areas it wishes to encourage development and undertakes planning, environmental reviews, and public hearings at an early stage. The law expedites the approval process for developers because they know what is required for a project in the Workforce Housing Opportunity Zone prior to proposing a project. Also, an additional environmental review is unnecessary.

Two of the signed bills assure sources of funding for affordable housing. Senate Bill 2, the Building Homes and Jobs Act, assesses a $75 fee for each recording of real estate documents with a cap of $225 for all the transactions relating to a particular piece of property. A portion of the funds will be used to develop housing for low to moderate income households.

Senate Bill 3, The Affordable Housing Bond Act of 2018, must be approved by voters in November 2018. This bill authorizes a bond issuance of $4 billion to be used, in part, to fund affordable housing programs and finance infill infrastructure.

In addition to Senate Bill 35, some of the new laws make it more difficult for local jurisdictions to thwart affordable housing development. Assembly Bill 72, requires HCD to review any failure of a local government to comply with a mandatory element required in its long-term development plan, including housing development, and authorizes HCD to notify the State Attorney General of California of such violations.

Senate Bill 167 (Assembly Bill B 678), amending the Housing Accountability Act (HAA), prohibits local governments from denying approval of very low, low, or moderate income housing projects unless the disapproval is supported by a preponderance of the evidence that the project does not comply with the locality’s zoning ordinance and general plan. The bill also allows private parties to bring a case to enforce the bill’s provisions, and a court may order compliance and impose penalties.

This bill must be read together with a related bill, Assembly Bill 1515, that adds provisions to the HAA that clarify the standard of review, a reasonable person standard, a court must apply when considering the HAA. The set of bills makes it much more difficult to bring challenges to a housing project and will limit pressure placed on local governments by special interest groups seeking to prevent development.

We hope the package of new laws will stimulate opportunities for development and provide developers with greater certainty when embarking on residential projects. The newly passed legislations is an important step toward addressing California’s affordable housing shortage but more will be required in the coming years.