The IAC is a set of regulations that implement the Illinois Environmental Barriers Act (EBA), the State of Illinois statute that pertains to accessibility for people with disabilities. Applicable entities in Illinois must comply with both the Americans with Disabilities Act (ADA) and the Environmental Barriers Act, alongside any additional code requirements enforced locally, including those in the City of Chicago. 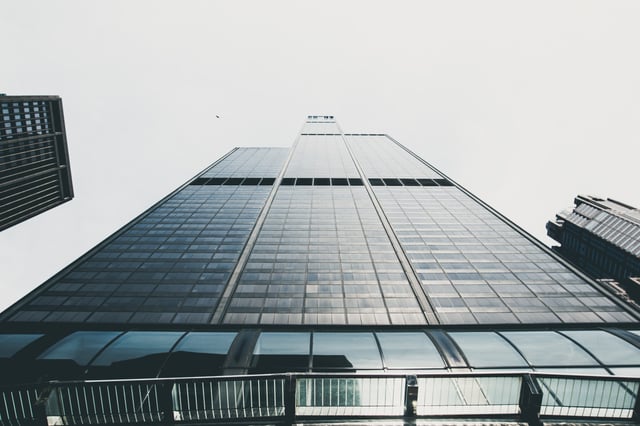 Previously, we covered the changes to new Illinois Accessibility Code accepted by the 2018 Joint Committee on Administrative Rules earlier this year. The new version of the IAC better aligns with the ADA, now more closely resembling the 2010 ADA Standards for Accessible Design and resolves many previous inconsistencies between the IAC and ADA. The IAC also contains other, more restrictive requirements applicable within the state.

Earlier this month, the City of Chicago Department of Buildings (DOB) adopted three new written interpretations of the Chicago Building Code (CBC). One of the interpretations included the 2018 Update to the Illinois Accessibility Code (B11-2018-001) which clarifies the transitional provisions for the new code. Here’s a brief overview of the changes and implementation for all projects moving forward.

Impact of New Code on Current City of Chicago Projects

According to the interpretation released by the City, while the current City of Chicago accessibility code requirements mostly align with the 2010 ADA standards and the new IAC code, there are instances where these differ. The City of Chicago Department of Buildings will enforce the most restrictive between the CBC and IAC as part of the building permit issuance process.

For statewide compliance, the new code is eligible for immediate use. However, projects currently in progress where a specific contract for planning has already been awarded prior to the effective date of the new IAC (October 23, 2018) are exempt from compliance if construction begins within 12 months. If not utilizing the updated rules, all projects must comply with the 1997 IAC edition applicable at time of contract.

Starting November 9th, 2018 through May 1st, 2019, City of Chicago permit applicants have the option of requesting accessibility review under the requirements of the Chicago Building Code and the new IAC in full. The plans must clearly indicate which IAC version the applicant is requesting and the Mayor’s Office for People with Disabilities (MOPD) will complete the review using the noted code.

For any projects where the required permit fee deposit is made on or after May 1st, 2019, plans must comply with the new IAC rules as per the DOB’s implementation, unless the project receives special approval through the alternative code approval process. For assistance with the new rules, the MOPD Accessibility Compliance Unit offers pre-permit plan review to design professionals at the beginning of the plan development process to expedite formal approval.

We will be updating this space with any additional information as it is released by the City of Chicago or the Illinois Capital Development Board, and our Chicago code team is always available to assist with questions and provide code consulting assistance prior to or during the permit plan submittal process.