Burnham attended the NYC Solar Installers Workshop held on March 1, 2017. Battery energy storage systems were a major focus of the Sustainable CUNY of the City University of New York organized workshop, particularly fire safety concerns relating to batteries. Although there has been significant progress in removing obstacles to energy storage system deployment in in New York City, fire safety issues need to be fully understood and protocols developed to allow for an efficient battery installation process. 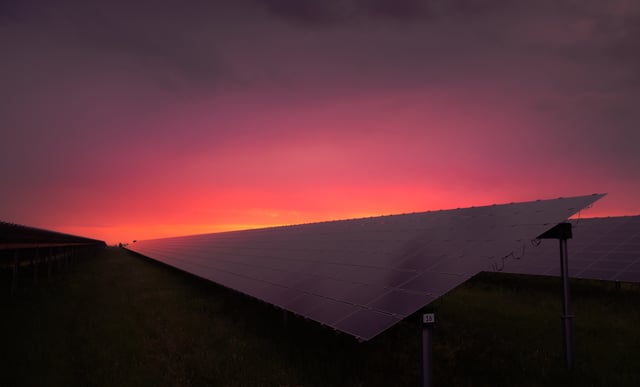 The NY Solar Smart Distributed Generation Hub (DG Hub) - Resilient Project, a three-year program to improve New York City’s energy resiliency, includes a focus on energy storage paired with solar. An important resource that was developed as a part of the project is The Energy Storage Systems Permitting and Interconnection Process Guide for New York City (Guide) for commercial-scale storage. The guide is a critical tool for making the New York City energy storage system approval process more efficient because it brings together in one place the energy storage system permit and approval requirements of multiple city entities.

Also, the new NY Solar Map shows installed energy storage systems in New York City along with information about each system such as the battery type and size. The map provides helpful resources including a fact sheet about different types of battery storage, information about the economics and financing of battery storage, and guidelines for adding an energy storage system to an existing solar installation.

Although significant progress has been made to support the adoption of battery storage in New York City, more information is needed about system safety and appropriate standards must be developed. As we noted in a prior post, first responders still view battery storage as a new technology and require more data and protocols for how best to respond to battery fires.

Adding to the difficulty of knowing how best to respond to an energy storage system fire, is the fact that batteries may release flammable and toxic gases at the same time. Also, it is important to understand the conditions that may appear to make some some batteries “re-ignite” once a fire is initially extinguished.

Both the New York City Office of Technical Certification and Research and the Fire Department of New York (FDNY) made presentations at the recent NYC Solar Installers Workshop about how they conduct energy storage system reviews and their concerns about system safety.

As part of New York State’s Reforming the Energy Vision, an initiative to redesign New York State’s energy distribution system, Consolidated Edison and the New York State Energy Research & Development Authority sponsored a study of methods for extinguishing energy storage system fires. The study was conducted in 2016 and culminated in a report, Considerations for ESS Fire Safety (Report), that was presented at the recent NYC Solar Installers workshop. The DNV-GL conducted study (Study) will help FDNY and New York City Department of Buildings (DOB) make the necessary changes in first responder preparations and the City’s codes as more battery storage systems are installed.

The Study looked at a variety of battery types from different manufacturers, including lead acid batteries and several forms of lithium-ion batteries. The battery cells were heated in a chamber to run fire tests, including checking how battery fires affect firefighter personal protective equipment. The testing also analyzed toxic gases released from the burning battery cells, the effects of ventilation, and methods of extinguishing the fire. Modules that were provided for some of the lithium-ion battery types were tested in a special outdoor burn facility.

The Report contains important findings and recommendations. For the most part, current building codes and methods for extinguishing fires should be sufficient so long as certain conditions are met for the installed system, for example, appropriate battery and room size.

The Study found that water generally works well as a method of extinguishing a battery fire alone or along with other suppression agents. Also, it determined that, for the most part, battery fires are no more toxic than fires caused by plastics.

Ventilation rates for energy storage systems, “need not be excessive if the appropriate room volume is considered” and the Report’s Table 9 contains recommended ventilation rates. The Report notes that the majority of buildings will “meet or exceed” these ventilation rates. Firefighter protective gear was not noticeably degraded due to exposure to the battery fires.

The Report also points out that batteries don’t truly “re-ignite” but the hazards that lead to the fire may continue unless “all electrical, thermal, and mechanical abuse factors are neutralized.”

Hopefully, the Study will go a long way in helping FDNY, DOB, and others responsible for regulating battery energy storage systems become more comfortable with this newer technology so a more efficient approval process may develop.