New York City’s Energy Conservation Code will come into effect on May 12, 2020 to coincide with the New York State’s Energy Code. The environmental goal is to continuously improve buildings’ energy efficiency with the intention to meet the 80% greenhouse gas reduction by 2050. These new requirements are in keeping with the City’s commitment to combat climate change. 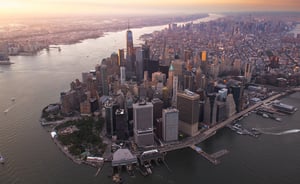 The new ECCCNYS will include derivative work from the 2018 edition of the International Energy Conservation Code (IECC) published by the International Code Council (ICC). The New York State Energy Research and Development Authority (NYSERDA) developed NYStretch as a statewide model code for New York jurisdictions to use to meet their energy and climate goals. It supports energy reduction goals by accelerating the savings obtained through their local building energy codes. Jurisdictions that adopt the model code are incentivized with savings of roughly 11% over the 2020 Energy Conservation Construction Code of New York State (2020 ECCCNYS) when that energy code is released by New York State Department of State.

The Department is mandated by Local Law 85 to submit to the New York City Council proposed amendments to this code to bring it up to date with or exceed the latest edition of the NYSECCC. It must follow any revision of the NYSECCC that establishes more stringent requirements than those imposed by this code and no later than the end of the third year after the effective date of the code.This will help ensure that New York City maintains an updated Energy Code far into the future.

The energy efficiency grading scale was adjusted by Local Law 95 in 2019 to better mandate that a building receives an energy efficiency letter grade based upon the building’s energy benchmarking score generated by the United States Environmental Protection Agency’s ENERGY STAR Portfolio Manager®. The letter grades are assigned based Grades are based on Energy Star scores:

N: Buildings exempted from benchmarking or not covered by the Energy Star program

The law also includes a requirement for the Department of Buildings to annually conduct spot audits of benchmarking information. This important addition will limit the temptation to tamper benchmarking data.

The energy code is ever-evolving as we heed the call to mitigate the effects of climate change. Burnham has an excellent in-house Building and Energy Code Team that can answer your specific questions or conduct a more comprehensive evaluation and provide you with an action plan to make sure you’re in compliance and ensuring we’re all being good stewards of our planet.