New York City Mayor de Blasio is following through on his commitment to adopt the Paris Climate Agreement targets. The Mayor announced on September 14, 2017, a progressive proposal requiring New York City’s existing buildings to undertake significant reductions in their greenhouse gas emissions. If the Mayor’s plan becomes law, it will move New York City to the forefront of United States cities pushing for improved building energy efficiency and use. 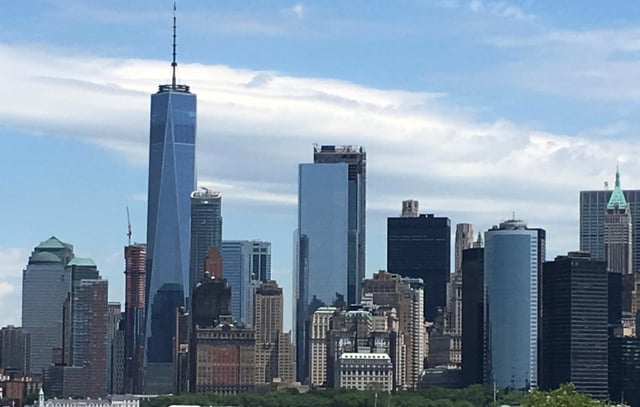 Part of Commitment to Paris Agreement

The new initiative emerged from New York City’s pledge to honor the Paris Climate Agreement. On May 31, 2017, President Trump called for withdrawing the United States from the historic 2015 Paris Accord signed by 195 nations.

A group of United States mayors, known as the Climate Mayors, quickly issued a statement that they are adopting the goals of the Paris Agreement and “will intensify efforts to meet each of our cities’ current climate goals.” The Climate Mayors’ statement has been signed by the mayors of 377 cities including New York City.

The Mayor stated in his September 14, 2017, speech that it is, “the first in a series” of announcements the City is planning in response to the President’s decision to leave the Paris Agreement. Mayor de Blasio noted that buildings are the City’s largest contributor to greenhouse gases and their outdated manner of energy use has not been properly addressed.

Under the Mayor’s proposal, New York City will accelerate its greenhouse gas reductions by implementing “the first ever city-wide mandate for building retrofits.” The focus is the 14,500 buildings that produce almost 25 percent of the New York City’s emissions.

Caps will be set for the amount of fossil fuels used by buildings over 25,000 square feet that must be met by 2030. To attain the new requirements, buildings will need to replace or make improvements to equipment used for heat and hot water such as boilers and hot water heaters. The initiative is projected to reduce the City’s greenhouse gas emissions seven percent by 2035.

However, according to the Mayor, larger buildings should be able to afford the necessary retrofits which will eventually pay for themselves. The initiative is also projected to create 17,000 jobs.

Penalties will be assessed for buildings that exceed the new targets. Beginning in 2030, annual fines will be set depending on a building’s size and the amount it exceeds the new energy caps. Additionally, a non-compliant building may not be eligible for certain permits.

Proposal Could be Radically Altered

There is opportunity for significant changes to the Mayor’s proposal once the legislative process begins. Before City Council can vote on the proposed bill, there must be a public hearing followed by the debate and vote of the relevant committee. As real estate developers, landlords, and other stakeholders weigh in on the legislation, it is likely there will be pressure to amend the bill.

One of the first energy benchmarking laws in the United States, New York City’s Local Law 84 requires buildings over 50,000 square feet to use the United States Environmental Protection Agency’s ENERGY STAR Portfolio ManagerⓇ to annually document the building’s energy and water use. Beginning in 2018, buildings greater than 25,000 but 50,000 or less square feet will also be required to benchmark.

Energy benchmarking programs do not mandate building energy reductions. Instead, the hope is that shared benchmarking information prompts building owners and managers to identify ways to make their buildings more energy efficient by comparing their building’s energy use to data from other similar building.

New York City’s Local Law 87 and related rules require the City’s largest buildings to undertake energy audits and retro-commissioning. Energy Efficiency Reports are due to City once every ten years with the particular date the report is due determined by the building’s tax block number.

Mandating specific limits for existing building’s fossil fuel use brings energy efficiency requirements to a new level. There is speculation that other cities may follow Mayor de Blasio’s lead. For example, Chicago has an Energy Benchmarking Ordinance and stakeholders have recently noted that there could be pressure to amend the Chicago ordinance to incorporate similar requirements to those proposed in New York City.