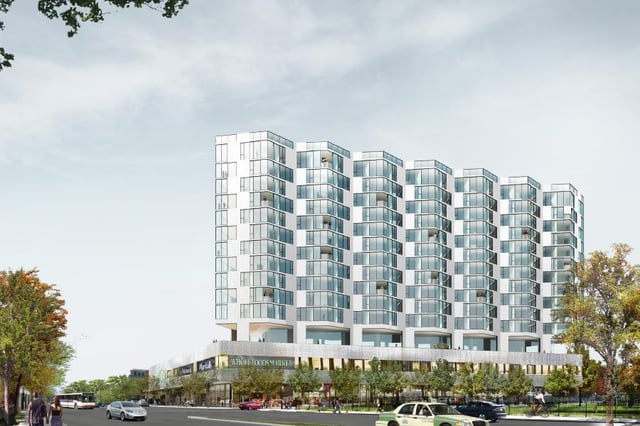 Chicago is Part of a National Trend in Transit-Oriented Development

Throughout the country, there is growing interest in transit-oriented development (TOD), the creation of mixed-use communities that are walkable and close to public transportation. A TOD zone is usually viewed as an area that is a half-mile radius from a train station. Frequently, TOD designs are also intended to facilitate the use of bicycles and encourage diverse types of businesses to serve the community. TODs are viewed as offering a healthier lifestyle and decreasing transportation costs. They also reduce air pollution, greenhouse gas emissions, and traffic congestion. Ideally, TODs should result in better access to jobs and more affordable housing.

Cities are adopting zoning changes and policies to encourage TOD. For example, this year New York City adopted amendments to its zoning regulations, Zoning for Quality and Affordability (ZQA), to increase the number of affordable apartments and improve the quality of housing. To encourage the development of TODs with affordable units, ZQA included in its many changes a reduction in the affordable housing parking requirements for developments in areas with good public transportation.

Chicago saw a decrease in transportation zone development between 2000 and 2010. However, the Chicago Metropolitan Agency for Planning (CMAP) published a comprehensive plan for the metropolitan Chicago area in 2010 that was updated in 2014, Go to 2040. One of CMAP’s key proposals in Go to 2040 was the recommendation that land use planning encourage reliance on public transportation.

Building upon Go to 2040, the Center for Neighborhood Technology (CNT) undertook a 2013 study, Transit-Oriented Development in the Chicago Region, Efficient and Resilient Communities for the 21st Century (Report), that compared Chicago to other major cities with well-developed transit systems. The Report also looked at development and demographics in the areas around the Chicago Region’s 367 Chicago Transit Authority (CTA) and Metra train stations to assess how they were doing. Based on their analysis, CNT made specific policy recommendations in the Report to support TOD. It called for the creation of TOD zones and reducing barriers to TOD by changing local land use policies. Another important recommendation proposed that the Chicago Region undertake measures to preserve mixed-income housing.

The Metropolitan Planning Council and others called for amendments to the 2013 TOD ordinance. In their July 2015 report, Grow Chicago, the Metropolitan Planning Council and the Institute for Transportation & Development Policy stated that the 2013 TOD ordinance did not apply to enough land, still required a cumbersome review process, and didn’t improve affordability. The report put forth specific recommendations that resulted in the 2015 TOD Ordinance. Amongst its changes, the 2015 TOD Ordinance:

To support TOD in Chicago, the Metropolitan Planning Council has a website explaining some of Grow Chicago’s recommendations and findings. The website also contains a calculator that can be used to determine how a particular transit-oriented development may benefit a community.

There have been many Chicago TOD projects in the last few years in various parts of the city. However, different groups have voiced concern that the TOD developments are frequently high-end projects and push lower-income residents out of a neighborhood. Some of Chicago’s more recent projects do incorporate affordable housing units. The following are few examples of Chicago TOD projects, including a couple with affordable housing:

We at Burnham will continue to watch Chicago’s transit-oriented development as well the growth of transit zones in other cities.