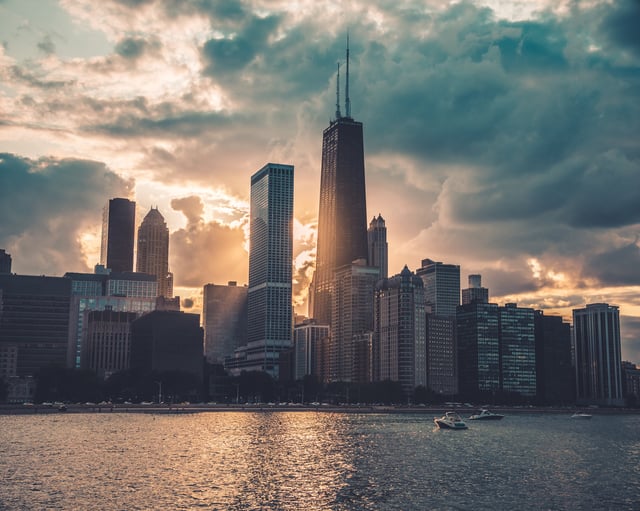 Partnering again with JLL, BOMA/Chicago released their most recent report, the 2018 Economic Impact Series: “Why Chicago? A Study of Chicago’s Strengths and Opportunities” in November 2018. This year's research concentrates on what drives major businesses to choose Chicago and improvements that can make the city even more attractive in the future.

One of the prominent trends from the report is how much businesses value Chicago’s talent base: out of the 37 key companies with Chicago headquarters surveyed in the in-depth study, over 60 percent of respondents listed talent as the most influential factor for choosing Chicago. The second-highest category, access to customers, was the deciding factor for only 15% of respondents.

The City of Chicago has a significant educated talent base, and according to the findings, with growth occurring in the CBD: there has been a 15.3 percent increase in educated millennials, and 79 percent of CBD residents have a bachelor’s degree or higher. According to U.S. census figures cited in the report, “Chicago is the best educated big city in the country" with a technology talent base.

The report also references Chicago’s status as a new tech city - Chicago now ranks as the #2 U.S. technology center in KPMG’s 2018 report - but with lower technology sector wages and a lower cost of living, a significant draw for employers.

Corporations also cited neighborhood amenities, especially in growing areas such as Fulton Market and the West Loop, as key to attracting talent. Factors that were previously overlooked such as dining and local culture are playing an increasing role location choice. The Fulton Market subarea has seen a 36.6 percent population growth since 2010, and respondents identified the West Loop as the most productive submarket for business. Sixty-eight suburban headquarters have relocated to the City of Chicago since 2007, including McDonald's, which moved its headquarters to the Fulton Market neighborhood in 2016.

Transit is Somewhat Accessible, but Need for Improvement Remains

The City of Chicago’s transit system is considered an amenity by corporations as well, but both those surveyed and external sources cite room for improvement.

As a whole, the state of Illinois received a C- in the American Society of Civil Engineers (ASCE)’s 2018 Infrastructure Report Card, and Chicago’s significant traffic delays and aging commuter rail is in dire need of improvement.

According to the Report, access to public transit and air travel - including both O’Hare and Midway Airports - ranked 4.45 and 4.67 out of seven in importance, respectively. Though the city's transportation systems do not have complete coverage, the Report does indicate that easy airport access from the CBD is key. The City of Chicago’s upcoming O’Hare Airport expansion promises to reduce passenger headache and serve a potential 100 million passengers by 2026.

Though respondents are overwhelmingly positive about the future of Chicago, the survey also included executives that chose not to locate their companies in the city. The reasons for not choosing Chicago included concern over the city and state’s political environment, crime, and property taxes.

A history of “political discord, resulting in a polarized environment that has driven a wedge between elected officials, [has] disrupted compromise needed to pass fiscally sound budgets”, according to the Report, and the reputation of Chicago as a center of violent crime continues to linger despite a reduction in crime over the last two decades. Concern over the city’s political environment was the leading reason to not locate in the city, and the State of Illinois received an “F” in Truth in Accounting’s 2016 report released last year, “Financial State of the States”.

The Report advocates that, though these are very real challenges faced by the City of Chicago and the State of Illinois, the city remains primed for further growth through its “incredibly deep and diverse talent base, supported by world-class cultural amenities and an established transit network to make them accessible.” Addressing the major issues facing the state and city through a concerted effort towards crime reduction, a balanced budget, and political cooperation can assuage fears and help Chicago to continue to attract major corporations to its downtown and nearby neighborhoods.

In comparison with last year’s report, the 2018 BOMA/Chicago Economic Impact Series reflects similar conclusions albeit with different data. Chicago remains a growing technology center, with a healthy downtown business district and nearby growing neighborhoods. Corporations continue to choose Chicago as a destination due to a diverse economy and talent base, and world-class amenities.

Major new developments such as Sterling Bay’s ‘Lincoln Yards’ on the Near North Side promise new office space and new amenities for younger, educated residents, and Chicago’s trend of attracting headquarters for companies such as Google and McDonald’s shows little signs of slowing.

We look forward to BOMA/Chicago's next report on Chicago's continuing growth.